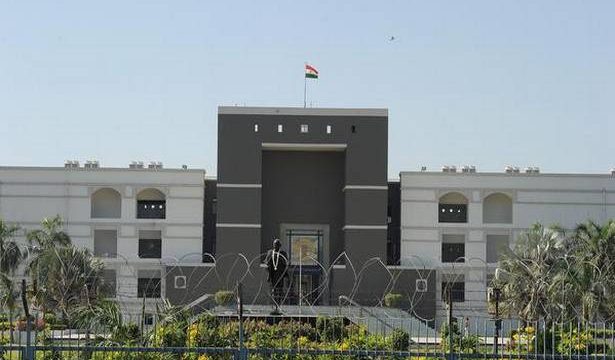 The court had requested the Chief Justice to consider recommending to the Centre to appoint at least two more judges to the special court as provided under section 11(6) of the NIA Act, 2008

The Chief Justice of the Gujarat High Court has refused to recommend to the Centre setting up of additional special courts to try the National Investigation Agency’s (NIA) cases in the State, an official said on November 23.

The Chief Justice rejected the proposal made by the division bench of Justices J.B. Pardiwala and Niral R. Mehta, citing "that there are only 12 cases under the said Act and two special courts have been designated as special courts for the said purpose".

In an order, the division bench mentioned a letter addressed by the High Court’s additional registrar (administration) to the deputy registrar, criminal appeal department dated November 17.

As per the letter, the ground for rejection was that there were only 12 cases under the said Act and two special courts have been designated for the purpose, said the court in its order passed on November 22.

The court had requested the Chief Justice to consider recommending to the Centre to appoint at least two more judges to the special court as provided under section 11(6) of the NIA Act, 2008, "so that the trial can proceed expeditiously and the undertrial accused may not have to languish in jail for a long period”.

The court had made the request while hearing the bail application of a man who was arrested for allegedly printing fake currency notes post the demonetisation, and the matter was investigated by the NIA.

The request had come after a special NIA judge, who was hearing the accused’s case, informed that she was in-charge of almost seven trials under the NIA and was also hearing the ongoing 2002 Naroda Gam riots case.

The special judge had claimed that she also has to do other judicial work as a city civil judge and administrative work of the city civil and sessions court.

The High Court, hearing the bail plea, was told that a special NIA court had in the last three months examined only one witness in the case, and the prosecution intends to examine around 47 witnesses for which at least six months will be required.

Since the petitioner has been in jail for the last five years, the court directed the Additional Solicitor General of India to take instructions whether serious prejudice is likely to be caused to the NIA if the appellant is ordered to be released on bail.

The court posted the matter for further hearing on November 29.