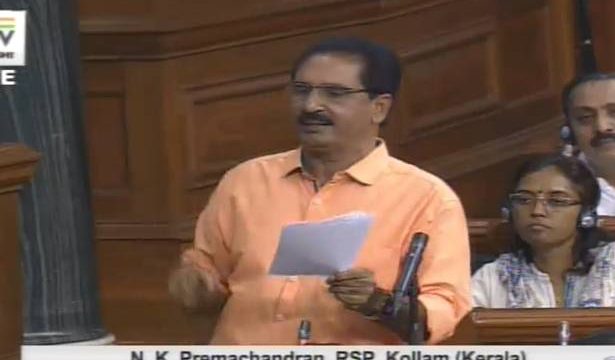 Congress, TMC, NCP, CPI(M), CPI, IUML, RSP, Shiv Sena and the AAP are among the parties that attended an Opposition meeting.

Opposition parties held a separate meeting after an all-party meet convened by the government on Sunday, a day ahead of the Monsoon session of Parliament.

The Opposition meeting was attended by leaders of the Congress, TMC, NCP, CPI(M), CPI, IUML, RSP, Shiv Sena and the AAP.

The farmers’ protest against the three agri laws and the rising prices of petrol and diesel are the most important issues right now, and these will be raised by the Opposition during the session, Mr. Premachandran said.

Many Opposition parties will give adjournment notices on the farmers’ issue in both Houses of Parliament, he added.

Sources said several Opposition parties are also planning to give an adjournment notice over alleged phone tapping of their leaders.

Earlier in the day, Trinamool leader Derek O’ Brien, responding to a tweet by BJP Rajya Sabha MP Subramanian Swamy, alleged that phones of many Opposition leaders were tapped.

"Strong rumour that this evening IST, Washington Post & London Guardian are publishing a report exposing the hiring of an Israeli firm Pegasus, for tapping phones of Mr. Modi’s Cabinet Ministers, RSS leaders, SC judges, & journalists. If I get this confirmed I will publish the list," Mr. Swamy tweeted.

The Monsoon session is scheduled to continue till August 13.