A farmer for over two decades, Baljinder Singh says he has a debt of 12 lakh from various banks and commission agents. 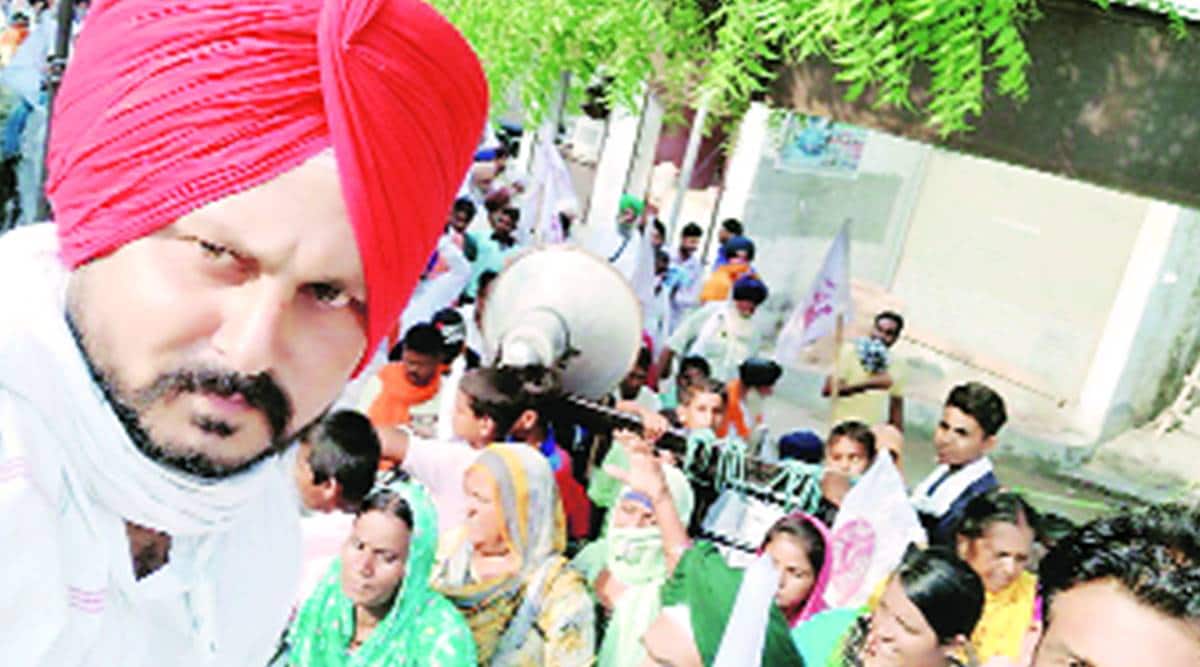 For the past several weeks, Baljinder Singh (36) of Ferozepur’s Talwandi Nepalan has been sitting on a dharna against Centre’s farm ordinances. He is a small farmer with 4 acre land, and grows wheat and paddy in his fields. A farmer for over two decades, Baljinder says he has a debt of 12 lakh from various banks and commission agents. He points out that though he qualifies for Punjab government’s debt waiver scheme, but the benefit has not been extended to him despite Punjab just being less than 2 years away from another election.

Sitting at the Harkie bridge in a dharna backed by the Kisan Mazdoor Sangarsh Committee, he rued, “Government is not concerned about farmers and by bringing these three ordinances government has revealed its real intensions.”

“As per these ordinances, we can sell our crop to anyone who pays more. On the face value, it is more power to us, but it is merely an assumption as no one knows the future. If this is to be the case, then why farmers are selling 40 per cent to 50 per cent below the actual Minimum Support Price (MSP) announced for 22 crops by the central government, which announced the MSP of nearly two dozen crops every year… If farmers are safe in the hands of private players then why we cannot get Rs.1850 per quintal MSP for our maize?” he questioned.

A Class 12 pass, Baljinder is firm on his opposition of these ordinances.

“Instead of bringing these ordinances government could have enhanced farmers’ income by bringing an ordinance on the MSPs announced by the government for 24 crops. Government should have ensured that the price below the MSP announced it would not be allowed,” he said, adding: “I will protest till the time we will not get the announced MSP for our crops.”

The 36-year-old also believes that the move is a sell-out to big corporates.

“Small and marginal farmers own less than five acres and less than 2.5 acres of land, respectively. Because of small landholdings in the state like Punjab they are growing wheat and paddy, which have assured market due to government purchase. When the government is not bound to purchase, then crops will be sold to private players and meet the same fate as maize, moong, basmati, cotton sunflower crops. This will push farmers under more debt and they will be forced to sell their small land to clear the debts and gradually their lands will be purchased by their borrowers like arhtiyas, fiancé companies, traders and they will further sell it to the big business houses, who always have an eye on farmlands,” he said.

6,64,000 hectares to be dropped from ‘deemed forest’ classification

Illegal houses in BDA layouts to be regularised
Celebrity News