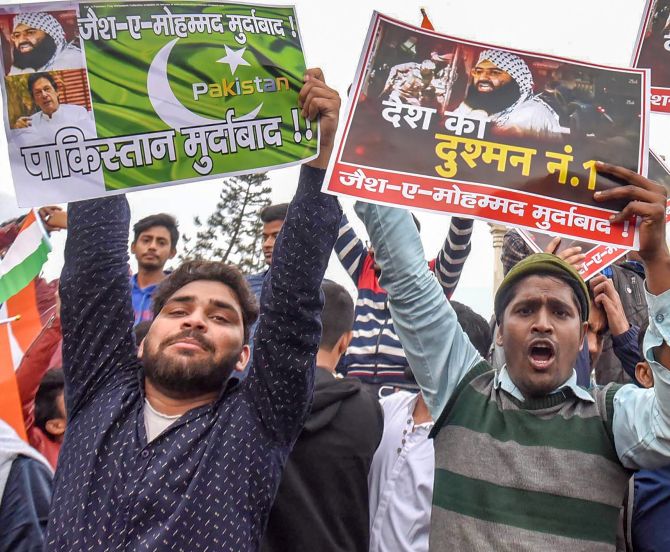 Succumbing to intense international pressure to rein in terror groups operating from its soil, the Pakistan government on Friday took over the administrative control of the headquarters of Jaish-e-Muhammad (JeM), the terror outfit which claimed responsibility for the deadly Pulwama suicide attack that killed 41 Central Reserve Police Force personnel in Jammu and Kashmir.

The move came a day after the powerful United Nations Security Council comprising 15 nations, including Pakistan’s key ally China, named JeM in a statement condemning in the ‘strongest terms’ the ‘heinous and cowardly’ terror attack perpetrated by Pakistan-based JeM in Pulwama and stressed on the need to hold organisers and financiers of such ‘reprehensible acts’ accountable and bring them to justice.

“The Punjab government has taken over the control of the JeM headquarters in Bahawalpur,” Pakistan’s Information Minister Fawad Chaudhry told PTI.

“The government of Punjab has taken over the control of a campus comprising Madressatul Sabir and Jama-e-Masjid Subhanallah in Bahawalpur… and appointed an administrator to manage its affairs,” the minister added.

Bahawalpur is 400 km from Lahore.

A statement issued by the Interior Ministry also said the crackdown on Jaish ‘has been taken in line with the decision of the National Security Committee meeting held on Thursday under the chairmanship of Prime Minister Imran Khan’.

The Islamic seminaries in the campus has a faculty of 70 teachers and currently 600 students were studying in it, the statement said, adding that Punjab police is providing security and protection to the campus.

Earlier, the two outfits were kept on the watchlist of the interior ministry.

The JuD is believed to be the front organisation for the LeT which is responsible for carrying out the Mumbai attack that killed 166 people. It has been declared as a foreign terrorist organisation by the US in June 2014.