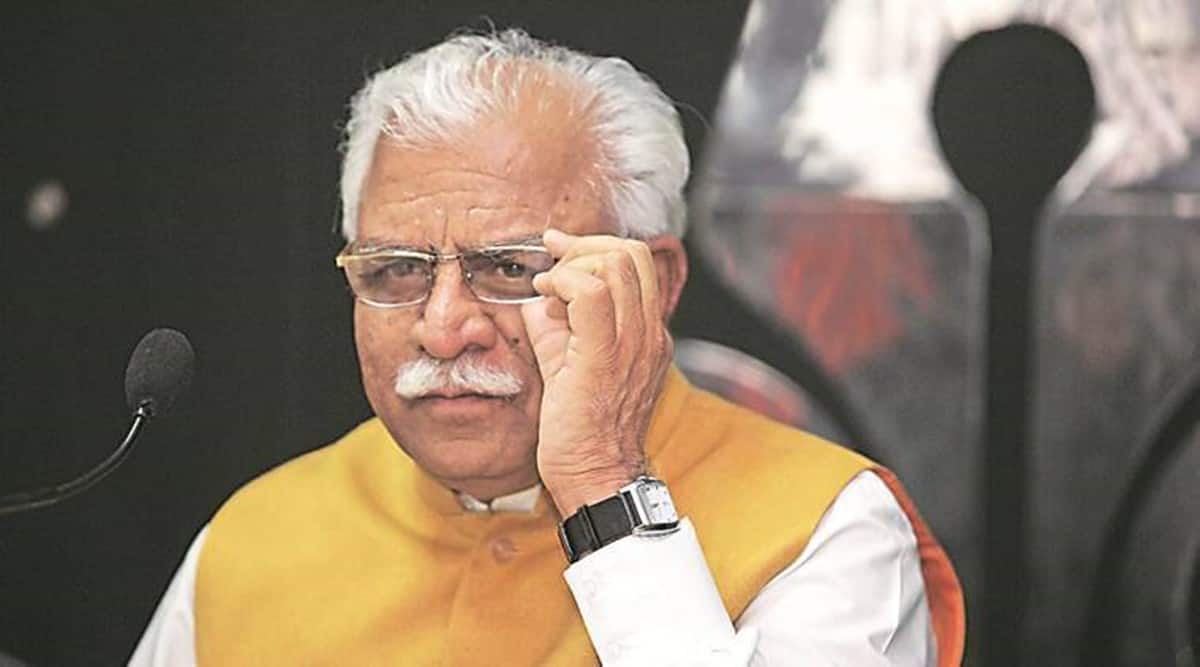 A senior IAS officer in Haryana has raised anomalies in the data compiled by state government for beneficiaries under Parivar Pehchan Patra, a dream project of Chief Minister Manohar Lal Khattar, even as another senior IAS officer refuted the claims saying the method adopted to reach the figures by the former “is entirely incorrect”.

The anomalies have been pointed out by 1991-batch IAS officer Ashok Khemka in a letter to V Umashankar, Principal Secretary (Citizen Resources Information Department).

“Certain data anomalies in the Parivar Pehchan Patra (PPP) have come to notice, which is being brought to your kind notice for appropriate action. As informed, the PPP database contains 68 lakh households with 2.5 crore numbers. This implies that as per PPP, there are 3.68 members per household. Whereas, as per the projected Census data for 2021, the population of the state is 2.95 crores with 67.60 lakh households, that is, there are 4.36 members per household. With similar number of households in PPP and the projected Census data, the missing 45 lakhs will have to be reconciled,” read Khemka’s letter.

Further elaborating his contentions, Khemka, in his letter, said that as of today, a total of 88 per cent records are updated in the PPP data. “The total income of the 88 per cent updated records in the PPP data is informed to be Rs 1,71,012 crore. Whereas, as per the Economic Survey 2021, the GSDP of the state for the year 2020-21 is Rs 7,64,872 crore at current prices, that is, almost four times the income shown in PPP data. The income figures in PPP is ex-facie unreliable”.

“It is hence suggested, in order to better target state welfare schemes to the poorest households, the BPL/ Antyodaya household data may be made more reliable, Aadhaar numbers may be seeded into the BPL/ Antyodaya data through an enumeration survey and, last but not the least, include the migrant population,” said Khemka, who is currently posted as Principal Secretary of the a rchaeological department.

Umashankar, however, tore through the claims made by Khemka.

“Figures of the Census that he (Khemka) is quoting, are from a private website that is masquerading as a government website. There is a difference between household and family. Under the PPP, we are collecting the family data. A family is a social construct. The word used in PPP is Parivaar (family). Census looks at households and houses. The basis on which he has derived these figures, is entirely incorrect,” said Umashankar who is also Principal Secretary to Chief Minister.

Elaborating the government’s verification process about the declared incomes, Umashankar said, “We sent the first lot of about 45 lakh such declarations to CBDT (Central Board of Direct Taxes). It was found that 27 lakh people have reported their income wrongly, no income was found for about 10-12 lakh people probably because they are not filing IT-returns. Only about 3-4 lakh people have correctly reported their income. Then, we sent another lot of 50 lakh. That verification is going on. Government employees’ data is already with us and can be verified. In case of agriculture income, the government makes payment to the farmer and we can verify the data from there. Another category is labour payment. In case of private sector, it is verified from labour cess payment. We have multiple means of verifying. Another verification process is checking from the electricity bill. For instance, the poorest of the poor people may not have any of these. For them, there will be a physical verification. A team lead, a local IT operator, a social activist, a college student assigned by the university, and a volunteer from the local area will independently attest the income of that person. If three out of five agree, then we assume that to be the income of the person,” Umashankar added.

The IAS officer said that the department has not yet replied to Khemka. “Officially, the government will be writing back to him. We will reply with the approval of the Chief Minister. We had been responding to each and everybody who raises issues regarding PPP,” Umashankar told The Indian Express.

In December, last year, Khattar had launched the PPP, a unique identity card through which, he said, the state government was committed towards uplifting of the economic status of poor families residing in Haryana. “Under this, each family will be considered as a single unit and allotted a 8-digit unique identification number. In order to avail the benefits of social security schemes, it is mandatory for each family to register themselves on the Parivar Pehchan Patra portal,” Khattar had said.