An uproar was caused by the Opposition in the Rajya Sabha on Wednesday when Chairman Venkaiah Naidu asked BJP president Amit Shah to conclude his statement over the final draft of National Register of Citizens (NRC). As a result, Naidu adjourned the House till noon due to the continuous ruckus.

On Tuesday, Chairman Venkaiah Naidu was forced to adjourn the House after members of the Congress trooped to the Well and raised slogans over Shah’s remarks on the final draft of NRC and the Upper House conducted little business. Shah, in his address before the House, claimed the Congress, unlike the BJP, lacked courage, to identify illegal migrants in Assam.

“Genuine Indians should not be sent out of the country. NRC should not be politicised and used as vote bank. It is a human rights issue, not a Hindu-Muslim issue,” Ghulam Nabi Azad, Congress MP in Rajya Sabha said in the House opposing the draft.

The issue is likely to rock the Upper House once it reconvenes today.

Uproar in the Upper House commenced when Amit Shah was asked to conclude his statement by the RS Chairman over the final draft of NRC.

Naidu began the session expressing grief over yesterday’s ruckus created by the opposition and hoped that it would not be repeated.

I was very upset yesterday when some members ran menacingly towards the well of the house, I hope it will not be repeated. I don’t want to name anybody, house should function smoothly: Rajya Sabha Chairman Venkaiah Naidu #NRCAssam pic.twitter.com/DCV8bBgSmq

Naidu adjourns the House till 12 pmdDue to the uproar caused in the beginning of the session.

Marking a productive day at Lok Sabha, the Insolvency and Bankruptcy Code (Second Amendment) Bill 2018 was passed by a voice vote yesterday. The bill is meant to include home-buyers among creditors in real estate projects, and ensure speedy resolution of stressed assets.

Finance Minister Piyush Goyal defended the bill and said all provisions of the Bill were prospective, and not retrospective to benefit any company, and the National Company Law Tribunal (NCLT) had decided to refer back the issue of acquisition to the Committee of Creditors (CoC).

Read: Ordinance before Insolvency Bill was not to favour any corporate house, says Piyush Goyal

A discussion over Rohingya community also took place in Lok Sabha on Tuesday. The government the Lower House that people from the Rohingya community living in India have been involved in illegal activities. Union Minister of State for Home Kiren Rijiju Rohingya are illegal immigrants and do not enjoy the status of “refugees”.

There was little support for the Rohingya as the BJP and Shiv Sena members forcefully raised issues related to the community. Home Minister Rajnath Singh said the BSF and Assam Rifles, guarding international borders, had been “sensitised” to ensure that such illegal migrants do not enter the country.

Trinamool Congress member Sugata Bose raised concern as well, “Are we only going to export our insaniyat to Bangladesh? Will we not show some insaniyat inside our own country.”

On Monday, a final draft of the National Register of Citizens (NRC) was released listing  2.89 crore citizens. Around 40 lakh people were not a part of the draft forming questions on their identity. Assam Chief Minister and the Union Home Minister have clarified that there is scope for filing claims and objections and that no one will lose his/her citizenship rights or be sent to a detention camp for foreigners merely on the basis of the draft NRC.

Published in 1951on the basis of that year’s Census, Assam is the only state to have the NRC used to identify its citizens.

Read: What it means to be out of NRC 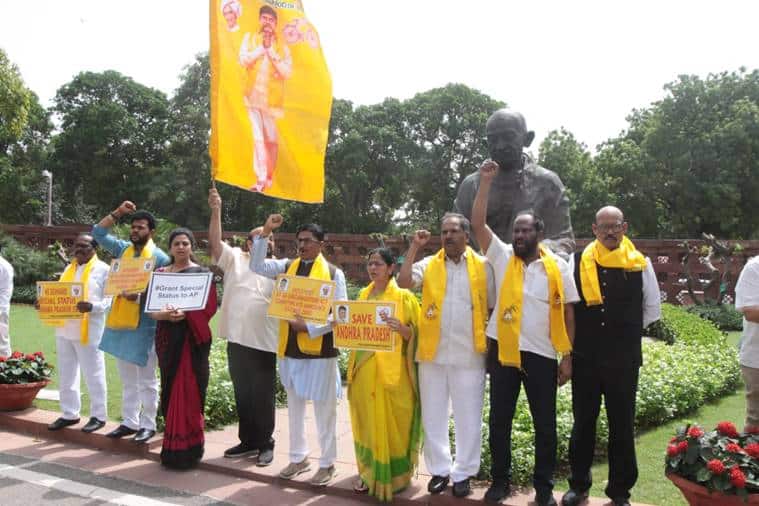 Welcome to The Indian Express LIVE blog on the tenth day of the monsoon session of Parliament. Congress MP Gaurav Gogoi stated the purpose of NRC, “to see how many foreigners are identified… and genuine Indian citizens, irrespective of their religions… their names should be in the NRC. It is our baby. We cannot disown it. But our case is that the way it has been prepared, the way the final list was published, it is full of mistakes.”