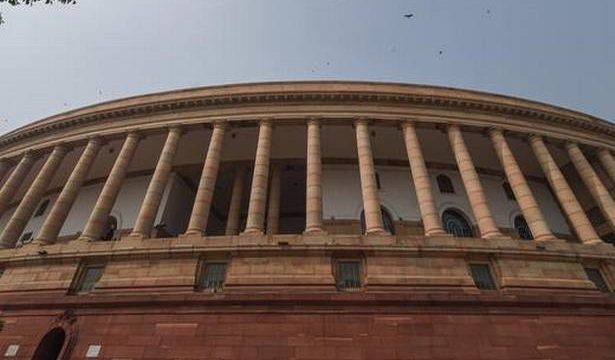 On the first day, as per convention, the Prime Minister will introduce the newly inducted ministers to both the Houses.

The monsoon session of the Parliament begins on Monday, and is scheduled to conclude on August 13. On the first day, as per convention, the Prime Minister will introduce the newly inducted ministers to both the Houses.

The government has readied a big legislative agenda for the session even as the opposition is raring to corner the ruling dispensation over a host of issues, including handling of the second wave of COVID-19, rise in fuel prices and farmers’ stir.

Bills for consideration in Lok Sabha:

The Bill seeks to amend the 2011 Act to widen the scope of entities which can engage in factoring business. When introduced in September last year, the Bill was referred to a Standing Committee.

The National Institutes of Food Technology, Entrepreneurship and Management Bill, 2021.

Parliament is meeting again after the Budget session. This is the first since the COVID-19 pandemic, the sessions in Lok Sabha and Rajya Sabha are being held simultaneously. However, to maintain safe distancing, the members are seated in the chamber as well as the gallery.

Pegasus allegations likely to be brought up

During the session, the issue of an international media consortium report would find echo in the two Houses. It claimed that over 300 verified mobile phone numbers, including of two serving ministers, over 40 journalists, three opposition leaders and one sitting judge besides scores of business persons and activists, could have been targeted for hacking through an Israeli spyware sold only to government agencies.

The opposition would use it to target the government as some of the members have decided to gives notices of adjournment motion to discuss the matter on the floor of the House.

The government, however, dismissed allegations of any kind of surveillance on its part, saying it "has no concrete basis or truth associated with it whatsoever".

Asserting that "India is a robust democracy that is committed to ensuring the right to privacy to all its citizens as a fundamental right", it dismissed the media report as an attempt to play "the role of an investigator, prosecutor as well as jury".

The Congress and its allies are all set to disrupt proceedings in the Lok Sabha on Monday over price rise and the continuous hike in prices of petrol, diesel and LPG.

Ms. Gandhi is said to have flagged the issue of effective coordination with other Opposition parties to formulate a common strategy on the floor of the House.