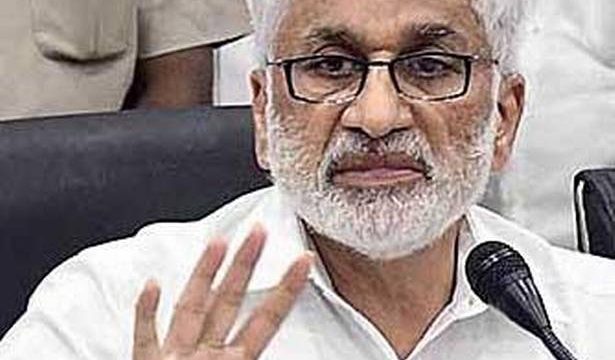 VISAKHAPATNAM YSR Congress Party leader V. Vijaya Sai Reddy went to the podium of the Upper House and staged a protest holding a placard, when his notice to the Rajya Sabha Chairman, M. Venkaiah Naidu, under Rule 267, seeking a debate on the issue of granting Special Category Status (SCS) to Andhra Pradesh was disallowed by the latter for the second consecutive day on Tuesday.

Soon after the session began, Mr. Reddy and other Opposition leaders sought that the notice given by them under Rule 267, should be allowed. The Chairman said that 15 Members have issued notices under Rule 267 today (Tuesday) and many of them were issues of national importance but he could not allow all of them at once.

Mr. Reddy said that granting of SCS to Andhra Pradesh was also an issue of national importance and sought to know as to when the Chairman would allow the debate on it. The Chairman asked Mr. Reddy did not to argue on the issue and said SCS was an issue between the State and Central governments.

Not satisfied by the reply of the Chairman, Mr. Reddy went to the podium and stood before it holding a placard. As pandemonium prevailed, the Chairman adjourned the House for an hour.