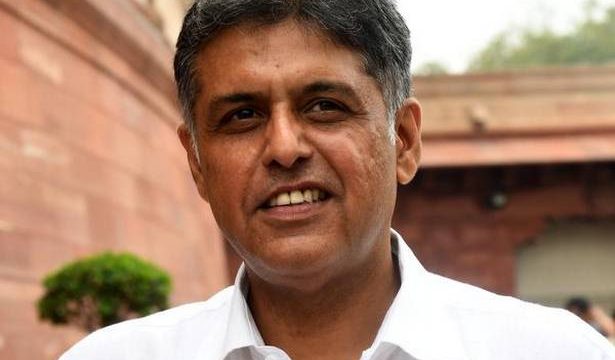 ‘The problem in India is that both the law enforcement and intelligence organisations do not have a sound legal basis,’ he says

The use of NSO Group’s Pegasus spyware against Opposition leaders, activists, judges and journalists would not have occurred if intelligence agencies were grounded in law and with provisions for holding them accountable, senior Congress leader Manish Tewari has said.

In 2011, he moved a private member’s bill in the Lok Sabha- “The Intelligence Services (Powers and Regulation) Bill” that sought to bring “appropriate statutory basis” for intelligence agencies. The bill also dealt with the question of balancing the demands of security and privacy of individuals. Mr. Tewari listed an improved version of the bill in 2019 but since the beginning of the 17th Lok Sabha, the private members’ business has not been taken up.

“The problem in India is that both the law enforcement and intelligence organisations do not have a sound legal basis,” he said. He pointed to a November 2013 the Guwahati High Court judgement, which called the CBI illegal. For the past eight years the CBI’s existence hung by the thread of a stay, since the Supreme Court had not so far adjudicated on the legality of the organisation that had the authority to deprive people of their life and liberty, he stated.

To a question raised by Mr. Tewari in 2009 on the legal basis of the Intelligence Bureau (IB) and the Research and Analysis Wing (RA&W), the government admitted that the RA&W had no basis in law. The IB, it stated, derived its existence from being on the Union List. This was not enough to make the CBI or the IB legal.

Mr. Tewari said, “It creates a spectre of completely unbridled power, when you have organisations functioning without any legal framework that have the ability to transgress in the personal lives of the citizens.” The world over, he observed, intelligence agencies were governed by law. Even the Russian intelligence agency drew its power from a law.

“In each evolved democracy, intelligence agencies are subject to very rigorous parliamentary oversight. There are specific parliamentary committees that look at their functioning so that excess do not get committed. Unfortunately, in India, there is a complete absence of even a public discussion on how to hold the agencies accountable,” he said. If this law had been in place, something like Pegasus would not have happened, he added.

The government so far has shied away from categorically denying that it owns or has access to the Pegasus software. Mr. Tewari stressed that BJP leader Ravi Shankar Prasad, in an “implicit admission of government’s culpability”, had said that when 45 countries have used the Pegasus spyware, why should India be singled out.