In Gujarat vaccination for the 18-44 age group started in Gujarat across 10 districts that have seen the maximum surge. 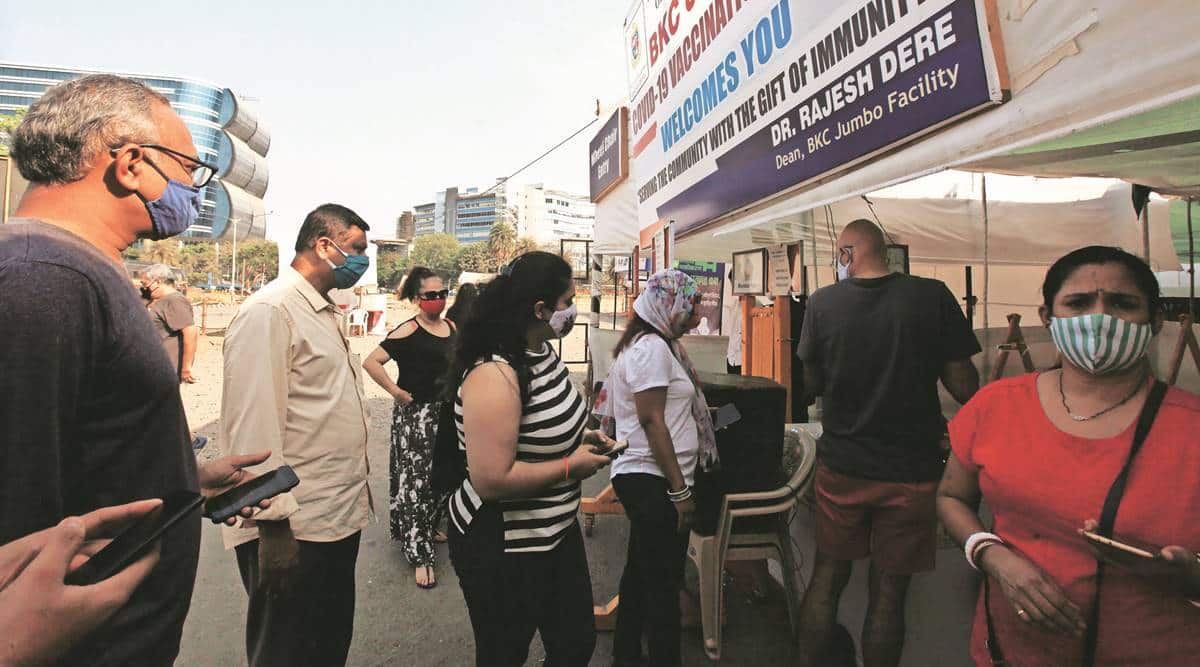 Maharashtra: The state on Saturday began the third phase of the national vaccination campaign for the 18 to 44 age group by vaccinating 11,492 people with 3 lakh doses it had procured from Serum Institute of India (SII) late Friday. On Saturday evening, several centres opened fresh slots on the CoWin app for Sunday, which were booked within an hour. Until 6 pm Saturday, Pune had vaccinated 1,316 people, followed by Mumbai (1,004), Parbhani (846) and Palghar (700). There is, however, some discrepancy in Mumbai’s figures. While according to Brihanmumbai Municipal Corporation, 992 people were administered jabs at its centres, the state government said 1,004 were vaccinated in the city.

Gujarat: Vaccination for the 18-44 age group started in Gujarat across 10 districts that have seen the maximum surge. According to a statement from the Gujarat government, of the targeted 60,000 doses for this category, 55,235 were vaccinated, meeting 92 per cent of their target for the day. The districts picked for vaccinating today were Ahmedabad, Surat, Vadodara, Rajkot, Bhavnagar, Jamnagar, Kutch, Mehsana, Bharuch and Gandhinagar.

Uttar Pradesh: Third-phase vaccination began in seven worst-hit districts of UP. Many people who had pre-registered on the CoWin portal complained that their slots were not available. Though the state had set a target of giving 20,000 doses to the below-45 years agroup, the exact number of vaccinated people in this age group would be known on Monday, Addition Chief Secretary (Health) Amit Mohan Prasad said. The state has 9 crore people in the 18-44 age group. An official said that in Lucknow, 2,704 people below 45 years were given the vaccine. Kanpur Nagar, Prayagraj, Varanasi, Gorakhpur, Meerut and Bareilly also saw third-phase vaccination.

Chhattisgarh: On Day 1 of third phase, 1,693 people were vaccinated in the state, health officials said. Durg reported the highest number of inoculations at 199.

Karnataka: The state government carried out a symbolic launch of the vaccination programme for the below-45 age group on Saturday. Chief Minister B S Yediyurappa inaugurated the symbolic fourth phase launch at Atal Bihari Vajpayee Medical College in Bengaluru. Only 35 doses of the vaccine were administered.