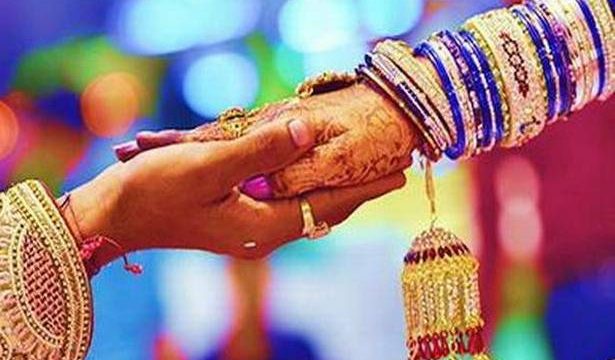 Instead of raising the age of marriage for women from 18 years to 21 years to bring it on par with that of men, the government should lower the age of men to 18, demands a petition from over 150 organisations activists, writers and academicians.

The Prohibition of Child Marriage (Amendment) Bill, 2021, introduced in Lok Sabha and referred to the Standing Committee for further scrutiny seeks to raise the age of marriage for women to 21 in order to make it equal to men so that they are not in a “disadvantageous position” in regard to higher education, vocational instruction, skill sets etc. It also aims to improve maternal mortality rate, infant mortality rate and nutritional levels.

Also read: Age and marriage: On raising the age of marriage for women

The petition says that its recommendation to lower the age of marriage for men to 18 is based on the Law Commission report of 2008 on reforming family law, recommended a uniform age of marriage for boys and girls at 18 and not 21. The Commission noted, “the difference in age for husband and wife has no basis in law as spouses entering into a marriage are by all means equals and their partnership must also be that of equals”.

The signatories also underline a point made by many that if the Indian Majority Act, 1875 is equal for men and women and grants the right to enter into contracts for those who attain the age of 18, then why should the decision to marry be 21.

Written in the form of four frequently asked questions, the petition asks, “If the government is really serious about promoting better maternal and neonatal health and survival, why is it slashing the allocations of the Integrated Child Development Services (ICDS) Scheme (the anganwadi program) in every successive budget?”

Also read: Political Line | Age and marriage, what the government says, what the laws prescribe

They reiterate that increasing the age of marriage will only curtail the freedom to marry and criminalise young adults.

They have made four recommendations to address the concerns spelt out by the government, which include extending the Right To Education Act, 2009 to include children up to 18 years in order to reduce drop-out of girl children at the middle-school stage, ensuring free and quality education for girl children and women “from KG to PG”, providing a government helpline offering immediate legal help and support to women and persons who are being forced by parents into unwanted marriage at any age as well as to LGBTQ persons and persons in inter-caste, inter-faith, same-gotra and same sex relationships.