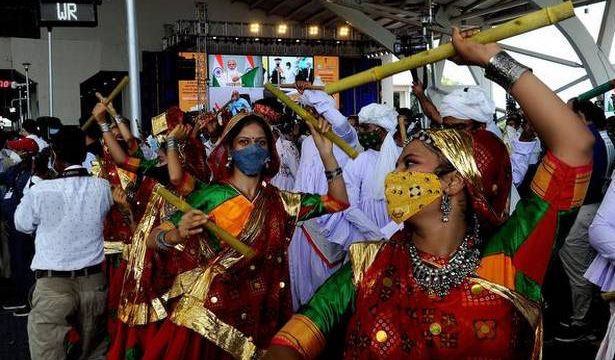 The needs of 21st century India won’t be fulfilled with the ways of the 20th century, Prime Minister Narendra Modi said on Friday, stressing the need for reforms in the railways, as he inaugurated multiple development projects in Gujarat, including the redeveloped Gandhinagar train station.

Among the works Mr Modi inaugurated via video link is the redeveloped Vadnagar railway station in his home state, where in his younger days he helped his father, who had a tea stall there, selling tea. “Many memories are linked with Vadnagar station,” he said.

“We have worked to develop the railways not only as a service but as an asset, the result of which can be clearly seen today,” Mr Modi said.