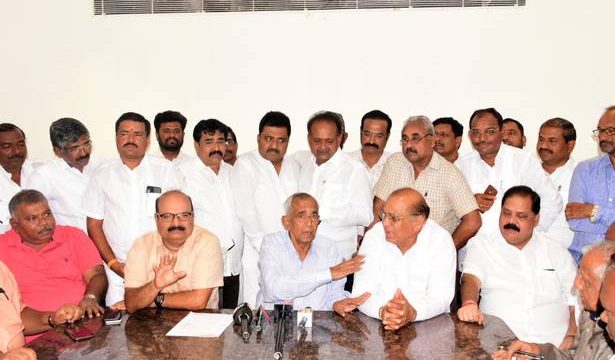 The Prime Minister’s Office is yet to respond to the letter complaining that ministers and government officials in the State are demanding bribes of up to 40% of the total cost of each project, says Kempanna, president, Karnataka State Contractors’ Association.

“We would like to firmly reiterate that contractors in Karnataka are told to pay bribes of up to 40% of the project cost. Earlier, the commission was around 10%. After 2019, it has jumped to 40%. Ministers, legislators and government officers are involved. If contractors pay 40% of the project cost as bribes, how can they maintain the quality of work? It is a serious problem and we had sought a meeting with B.S. Yediyurappa when he was the Chief Minister to discuss the issue. Despite repeated efforts, the Chief Minister did not give us an appointment. We, therefore, had to write a letter to Prime Minister Narendra Modi about our grievances. Unfortunately, we have not received any response from the Prime Minister’s Office so far,” he told mediapersons in Kalaburagi on January 3.

Mr. Kempanna claims to have enough evidence to prove his allegations.

“Contractors in the State are in a pathetic condition. Government officers ignore the law of the land. Contracts are given only to those who are recommended by the local minister or MLA. Since we are resisting the demand for bribes, authorities are giving contracts to contractors outside the State. We are not doing any politics nor are we affiliated with any political party. Yet, Revenue Minister R. Ashok said that we are working for the Congress. Instead of addressing our concerns, he made such baseless allegations to divert the issue,” Mr. Kempanna claimed.

When asked about their future course of action, Mr. Kempanna said that he continues to harbour hopes of discussing the issue with the Chief Minister.

“If the Chief Minister doesn’t discuss the matter with us, we will have to approach the Prime Minister again. There is no change in our demand. The government should order a probe by a sitting judge of the High Court or the Supreme Court. We are ready to provide documents to establish our claims. The government owes around ₹22,000 crores to contractors. Officials are making payments only to certain contractors,” Mr. Kempanna said asserting that his association would continue to fight against the corruption in the system.