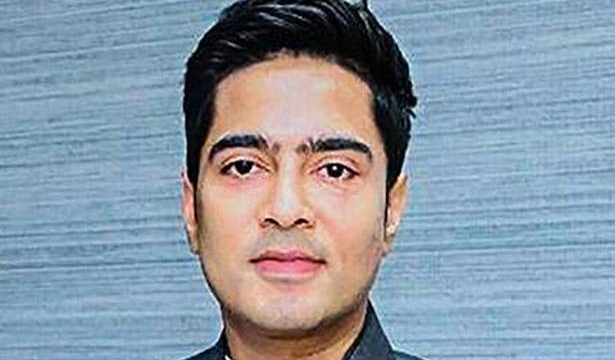 The Trinamool Congress alleged that the party’s national general secretary Abhishek Banerjee, who arrived here on Sunday, was denied permission to hold a meeting in Khowai district. The TMC said police at the last moment cancelled permission for the planned meeting with members of a tribal NGO at Baramura Eco Park.

Mr. Banerjee kick started his two-day visit, his fifth in the last six months, to boost the party in Tripura, accompanied by Trinamool leaders from West Bengal and RS MP Sushmita Dev.

“Police are said to have given permission to a different organisation to hold an event at the same venue by State’s Tribal Welfare Minister Mevar Kumar Jamatia,” a party statement alleged.

Police, however, claimed that they had just communicated the matter to the West Bengal police looking after security protocol of Mr Banerjee as no prior permission was obtained from appropriate authorities for his programme.

On the first day of his visit Mr. Banerjee offered prayers at the famous temple of 14 deities near Agartala, had lunch at the home of a party worker at Teliamura in Khowai district, inaugurated a party office at Teliamura and held a meeting with State leaders here.

He also visited the residence of a couple of party workers who faced attacks ahead of the State’s municipal elections held in the last week of November 2021.

Speaking to newsmen, Mr Banerjee said his party was overwhelmed for getting over 23% vote share in the urban body polls and becoming the principal opposition party in Tripura. He lashed out at the BJP-led coalition government for its alleged all round failures.

“Trinamool Congress will not give any space to BJP in Tripura. We have a year’s time to prepare for State Assembly polls,” he stated.