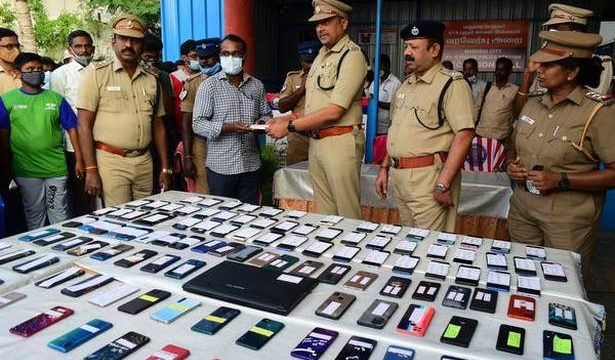 Ask people to avoid gathering and celebrating in public places

Madurai City Police have asked people to avoid gathering on the roadside, cutting cakes in public places and rash and negligent riding bikes as part of New Year celebrations on Friday night.

A statement said that vehicle checking would be intensified from Friday evening till early morning of Saturday. Vehicles of those involved in driving/riding under the influence of liquor would be seized. The police will also seize the vehicles if their silencers were tampered to create a din.

Riders have been asked to avoid rash and negligent riding that could cause panic among road users. Such vehicles would be seized and legal action initiated against the violators, the statement said.

People have been asked to follow COVID-19 standard operating procedures at places of worship, restaurants and crowded places.

Meanwhile, 115 mobile phones and a laptop that were stolen and recovered by the police were restored to their owners by Deputy Commissioners of Police T.K. Rajasekaran (North) and P. Thangadurai (South) here on Thursday.