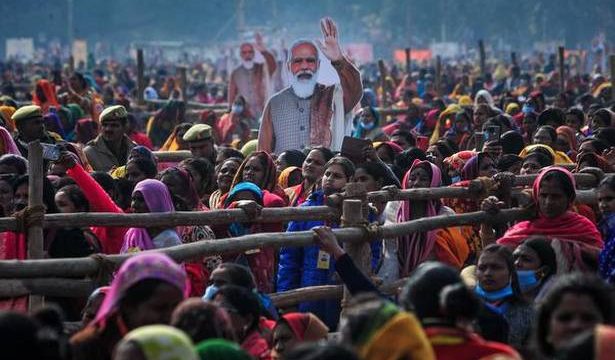 The Election Commission of India on Tuesday held a meeting to discuss the Assembly elections due in five States amid rising COVID-19 cases across the country.

According to officials, it was a routine meeting of the three-member commission, which last week completed visits to four of the five States headed that will go to the polls. It was yet to announce any further restrictions on campaigning.

Chief Election Commissioner Sushil Chandra said at a press conference in Lucknow on December 30 that all political parties were in favour of holding polls on time. He stated that the commission had told poll-bound Uttar Pradesh, Goa, Manipur, Uttarakhand and Punjab to speed up vaccination so that 100% of those eligible had received the first dose at least.

He further said they would take the COVID-19 situation into consideration while announcing the poll dates and rules for rallies.

Last time around, the commission announced polls in the five States on January 4, 2017 and polling was held in February and March.