Congress general secretary Priyanka Gandhi had an unusual encounter while on the campaign trail in the Rae Bareli constituency of Uttar Pradesh on Thursday. She met snake charmers and even held snakes in her hands. 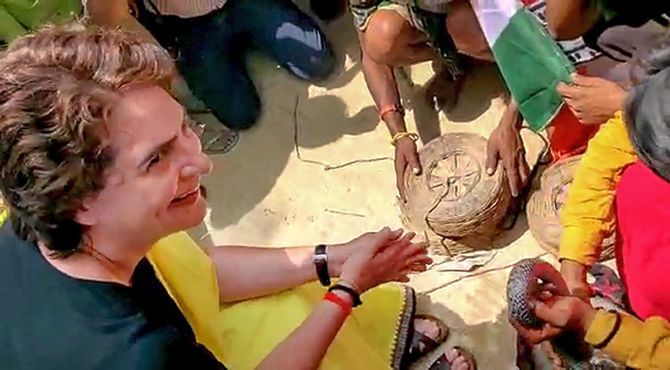 During her campaigning, Priyanka halted at a village in the parliamentary constituency represented by her mother Sonia Gandhi and sat down with some snake charmers. “Nothing will happen, it is fine,” said Priyanka as she was warned by onlookers while she calmly held a snake and nestled it back into its basket.

She chatted with the snake charmers for a while and addressed a gathering for before moving on.

The Congress leader also addressed a public rally that was attended by a large number of Samajwadi Party workers, hinting at a tacit understanding between the two parties in Uttar Pradesh to defeat the Bharatiya Janata Party.

The Congress leader hit out at the BJP-led central government and asked voters of Rae Bareli to support her mother Sonia Gandhi. 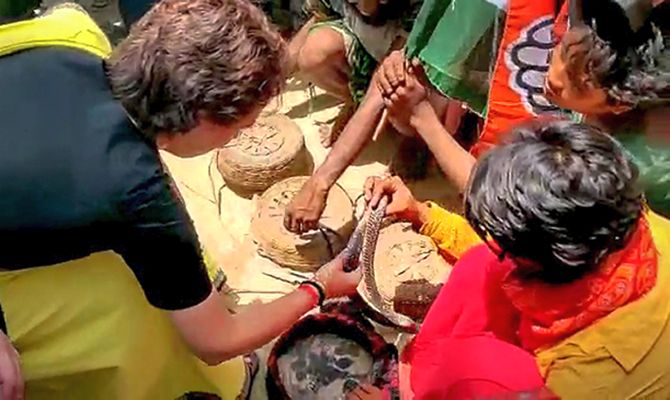 “Voting is on May 6 and my mother is your candidate. Whichever party you belong to, you cannot deny the fact that Sonia Gandhi has played a vital role in developing Rae Bareli.”

Reminding the voters of many unfinished development initiatives, Priyanka said, “There are many unfinished initiatives and it is imperative for you to strengthen Sonia ji and vote for the Congress government in order to get these projects completed.”

Rae Bareli goes to polls on May 6. Counting of votes will take place on May 23.

August Alsina Speaks Out After Jada Pinkett Smith Confirms Past Romance
We and our partners use cookies on this site to improve our service, perform analytics, personalize advertising, measure advertising performance, and remember website preferences.Ok