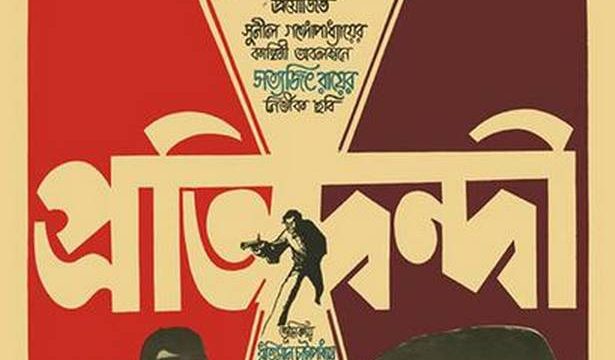 The film, released in 1970, formed the first in the legendary director’s Calcutta Trilogy

For most cinema aficionados, instant identification with legendary filmmaker Satyajit Ray’s cinema comes with either the celebrated Apu Trilogy (1955-59) or other classics such as Charulata, Mahanagar (The Big City) or Ashani Sanket (Distant Thunder).

While these films have been digitally restored and are available in high-quality prints, pristine prints are lacking for Calcutta Trilogy, Ray’s other three-part series made in the Seventies. Pratidwandi (The Adversary) based on Sunil Gandopadhyay’s novel was the first in this trilogy and filmed in 1970.

On the occasion of the great auteur’s birth centenary year, Pune-based National Film Archive of India (NFAI) has started the process of restoring Ray’s films as part of National Film Heritage Mission (NFHM). Pratidwandi is the first to be taken.

“The priority is to focus on the restoration of Ray’s films’ which have not received due attention. Pratidwandi was available in poor quality, possibly because it was obtained from some other transferable source in late 1990s or early 2000s,” NFAI Director Prakash Magdum shared with The Hindu.

“The film’s producer Purnima Dutta was contacted for the original camera negative. Fortunately, she had kept it with her in Kolkata for 50 years,” he said.

Ray’s Calcutta Trilogy is a heart-wrenching story of a city in turmoil — Calcutta (now known as Kolkata), where lack of jobs takes a toll on educated men. In a brilliant performance, Dhritiman Chatterjee plays the role of the frustrated 25-year-old protagonist searching for a job in vain. The hero’s pain and feelings are captured by Ray in his inimitable style.

In his biography titled Satyajit Ray, The Inner Eye: The Biography of a Master Film-Maker, British writer Andrew Robinson notes how the filmmaker remembered Calcutta of the 1970s as “a nightmare city” when the Naxalite movement was at its peak.

The other two films that complete the Calcutta Trilogy — Seemabaddha and Jana Aranya — also portray the city in a ‘time capsule’ of the revolutionary movement.

Mrinal Sen’s Calcutta Trilogy was also filmed and released in the first half of 1970s. But the cinematic rawness that Ray brought in Pratidwandi was a new high for him, that surpassed even Pather Panchali in some ways.

“The upheaval that Calcutta was going through in the late 60s and early 70s is portrayed most sensitively and impressionably in Pratidwandi,” Mr. Magdum said. He added how thrilled he was to get the original negatives in decent condition even after five decades.

Explaining the restoration procedure, Mr. Magdum said the first step was to recover the edited film negative used by the filmmaker during the shooting of the film. At NFAI now, the film will be first digitised using state-of-the-art archival film scanners manufactured by the Munich-based ARRI, widely known for its top-notch film cameras. The original negative was scanned on these scanners in 4K resolution. Once the digitisation is completed, the restoration process will begin. Mr. Magdum said it is a time consuming activity as it involves working on each frame. “One second is equivalent to 24 frames of the scanned film,” he said. “But once the restoration is over, film lovers will enjoy the opportunity and experience of watching the classic film in its original avatar 51 years ago.”