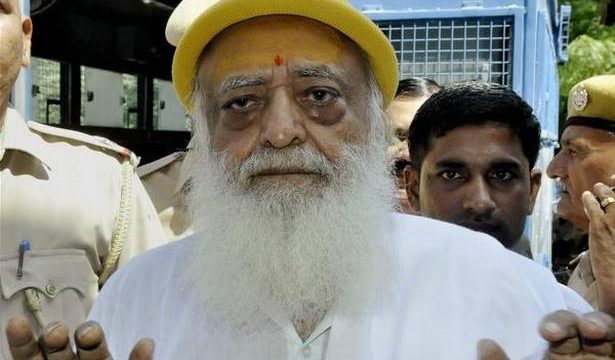 It said the self-styled godman, serving life sentence in a sexual assault case, was trying to change the venue of his custody under the guise of medical treatment.

The Rajasthan government has objected to a bail plea in the Supreme Court filed by self-styled godman and convict Asaram Bapu, saying he is trying to change the venue of his custody under the guise of medical treatment.

Asaram is serving life sentence in a sexual assault case.

He has approached the Supreme Court for bail on health grounds.

“The accused with ulterior motive has been attempting to change the venue of his custody under the guise of medical treatment. Such change is an abuse of the process of law,” Rajasthan argued in its counter-affidavit.

Asaram was deliberately trying to delay a pending trial for rape in Gandhi Nagar and that “he is stable and fit”, it said.

“The accused has been raising his concern of immediate medical attention since the day of his arrest,” the State said.

In fact, the doctor’s certificate, in one instance, was found to be even false.

The affidavit said the accused had been under treatment at AIIMS Jodhpur and the ayurvedic hospital at Jodhpur since 2016.

“Jodhpur is one of the rare centres where excellent allopathic and ayurvedic treatments are available… Any treatment to him can be provided by a committee of doctors of AIIMS Jodhpur and ayurveda hospital,” it said.