A purported video of the hospital staff trying to control Paatil had gone viral on social media on Thursday. In the video, a hospital paramedic is seen pinning Paatil to the floor by placing his knee on the patient's chest and slapping the patient when he tries to rise. A day after a purported video of paramedics pinning down a Covid-19 patient at the state government-run Pandit Deendayal Upadhyay (PDU) Hospital went viral, the Maratha community of Rajkot submitted a memorandum to the office of the Rajkot district collector on Friday demanding that the hospital staff be booked for murder. The video had surfaced four days after the death of the patient, Prabhashankar Paatil (38). However, government officers said that he had died due to scepticemia and kidney infection.

Meanwhile, police detained two ambulance drivers after the hospital authorities gave an application saying that someone had shared the video “without verifying facts and with mala fide intent”.

The Maratha community, under the banner of Samast Marathi Samaj-Rajkot (All Marathi Samaj, Rajkot), submitted a memorandum to Parimal Pandya, the resident additional collector of Rajkot and demanded that staff of PDU Hospital be booked for murder of Paatil. “After watching the video, it appears that doctors and hospital staff had threatened the patient and had mentally harassed him and tortured him. The staff on duty had sat on his chest and beat him up brutally and it is clearly visible in the video that due unbearable torture, the patient (Prabhakar Paatil) is begging for his death. This proves that doctors, nurses and medical staff and security killed Prabhakar Paatil,” the community stated in its memorandum. 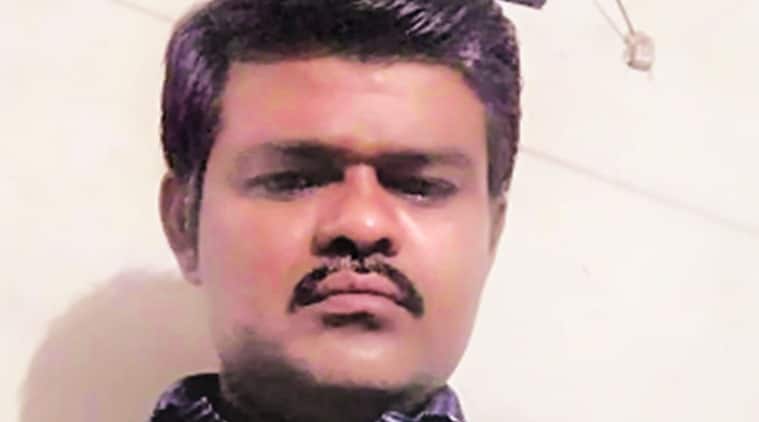 The community rejected the claim of the hospital that he had a mental illness and stated that it was an attempt to shield those responsible for, what they called, “Paatil’s murder.” They demanded that an independent probe committee be set up and police should also take cognisance of the matter. They also marked a copy of the memorandum to Chief Justice of Gujarat High Court and Rajkot city police commissioner.

However, Rahul Gupta, the officer on special duty from the state government for Rajkot district, underlined that Paatil had died due to disease and not due to any beating as is being alleged.

“He was admitted to civil hospital on the evening of September 8 and the next morning, he was delirious—he had taken off his clothes, had started taking off tubes attached to his body and started running. He even tried to throttle a patient in the bed next to his. Therefore, doctors from the psychiatry department were called and he was assessed to have a delirium. While we don’t know if he had any past history of mental illness, the hospital staff had to restrain him when his behaviour threatened to cause harm to himself and to other patients. While post-mortem of Covid patients is not conducted, the death audit committee comprising three senior doctors concluded that he died due to septicemia and and severe kidney infection,” Gupta told The Indian Express on Friday.

“Staff had to control him after he became unruly. Security guards were called to the ward after he started running around. But no one beat him up with stick or anything. They just restrained him,” said Gupta.

Incidentally, Paatil, a migrant from Jalgoan district of Maharashtra who was working in a forging firm in Rajkot, had undergone a procedure on his kidney at a private hospital in the city on September 6 after pus accumulation was noticed in his kidney. The private hospital had referred him to the government hospital on September 8 after his tests for Covid-19 returned positive. Subsequently, he died on September 12.

A purported video of the hospital staff trying to control Paatil had gone viral on social media on Thursday. In the video, a hospital paramedic is seen pinning Paatil to the floor by placing his knee on the patient’s chest and slapping the patient when he tries to rise. A security guard is also seen pushing him to the ground by placing his foot on Paatil’s shoulder.

Meanwhile, Pradyuman Nagar police inspector L L Chavda said that they had detained Nitin Gohel and Raju Goswami, two ambulance drivers, after Dr Hetal Kyada, one of the nodal officers of Covid-19 hospital on the campus of PDU Hospital gave an application.

“In the application, Dr Kayada has complained that the video was shared on social media with a mala fide intent and without verifying facts. Acting on the application, we have detained the two ambulance drivers and are questioning him,” Chavda said.

Odisha police rescue one-month-old baby. She was sold for Rs 15,000

Prince Philip ‘Can’t Fathom’ Why Harry, Meghan Stepped Away From Royal Life
We and our partners use cookies on this site to improve our service, perform analytics, personalize advertising, measure advertising performance, and remember website preferences.Ok