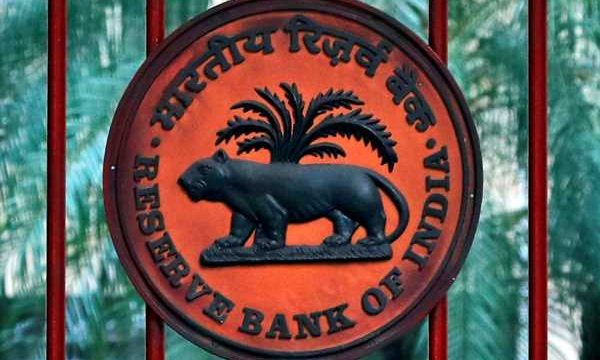 ‘A strong foreign exchange reserve is the best safety net against global spillovers.’ 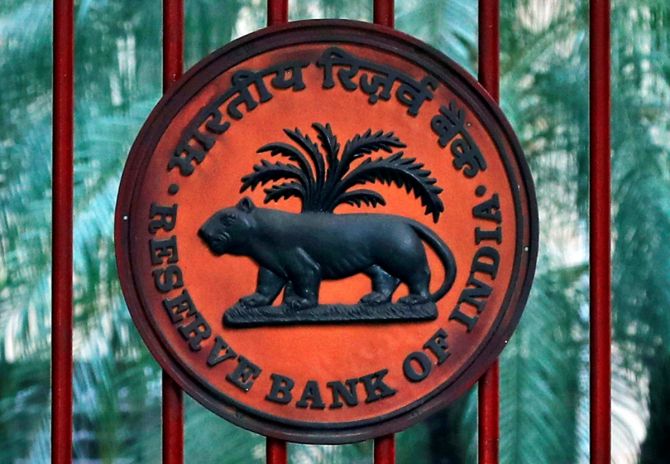 Is the RBI policy hostage to the huge borrowing programmes of the government?

It is a fact that the borrowing programmes of both the Centre and states are huge.

This year it looks better so far. But on the expenditure side also there are pressures on the government to spend more.

The net result is that the borrowing had to be higher, both for the Centre and the states.

RBI as the debt manager of the government is committed to ensuring non-disruptive implementation of the borrowing programme at the lowest possible cost and our efforts are in that direction.

The Reserve Bank will continue to deploy various instruments at its command.

Interestingly, over the last one year, the debt management function of the RBI has actually facilitated better monetary policy transmission.

The various conventional, unconventional and the new kinds of measures which RBI has undertaken, such as G-SAP, TLTRO, etc. together with appropriate communication and signals have ensured the lowest borrowing cost for the government in the last 16 years in 2020-2021.

The G-Sec yields act as a benchmark for the private sector borrowing.

Corporates and businesses were able to raise cheaper funds by way of corporate bonds.

This has helped them to have adequate liquidity and undertake deleveraging, etc.

The debt management exercise of RBI throughout the pandemic has indeed ensured better interest rates for the entire economy.

All conventional and unconventional actions of the RBI as a debt manager, and also the central bank are basically in that direction.

Why did you buy most of the 10-year bonds from the market?

The 10-year benchmark has a bigger influence on the yield curve as a whole. But it is wrong to assume that we are focusing only on 10-year bonds.

We are focused on the entire maturity curve. If you look at our last G-SAP announcement, we are targeting six- to 12-year maturity G-Secs. Why have you accumulated so much reserves? Is it to address volatility, or are you building a sort of permanent reserve for other purposes as well?

Especially, in the current context when all the advanced economies have adopted ultra-accommodative monetary policies, there is naturally a lot of liquidity floating around. But capital flows are also very volatile.

The emerging market economies, in this kind of a scenario, have to build their own buffers, their own safety nets.

A strong foreign exchange reserve is the best safety net against global spillovers.

Also, it renders a considerable amount of stability to the exchange rate.

It also eliminates doubts in the market about a country’s capacity to deal with a situation of outflows.

Today, India is much better placed at $609 billion forex reserves.

It covers about 15 months of projected imports for 2021-q022. It covers more than our overall external debt.

Are you taking private help for managing reserves?

These are all options. There is no plan to outsource the forex reserve management functions of RBI.

The reserve management will be done by RBI, and while doing so, we are always considering various options of how to improve our internal skills by harnessing external expertise.

The reserve management works on three principles — safety, liquidity and return — in that order.

RBI is not chasing any return as such, it is our last priority.

So, utilisation of external expertise would augment our own capabilities.

Can the reserve be used for other purposes as well?

The reserves are not our own money. It is not that we have built it up by way of trade surplus.

If we have reserves, we also have liabilities against them.

Capital flows are a strong contributor to our reserves. We have to be watchful.

Our current level of reserves gives us confidence, but we cannot be complacent.

How concerned are you now that the Fed has indicated raising rates?

Do you get a feeling that the currency market is getting out of hand for the RBI because of the non-deliverable forward (NDF) size? By bringing it onshore, are you legitimising NDF?

NDF is a fact of life. The volumes are much more than the onshore transactions.

It is bound to happen in a country, as long as there are capital controls.

Our current endeavour is to address market segmentation between offshore and onshore markets.

We have given access to non-residents to the onshore market.

We have enabled Indian banks to participate in the offshore market 24 hours and five days a week.

The segmentation between onshore and offshore markets is steadily getting eliminated. This will improve pricing and efficiency.

How happy are you with the way IBC is progressing? There are delays, and the haircuts are steep.

The main concern around the IBC resolution is that it is taking too much time — more than a year.

It happens because of litigation and counter-litigation.

The average time for resolution under IBC needs to be compressed.

That is something we expect should happen because this is a new law, which was enacted and implemented in 2016.

The jurisprudence around the new law is also getting established. The average resolution time taken under IBC needs to be quicker.

In the case of IBC, the average is still 40 per cent.

We should judge the success of IBC, not just from the point of view of percentage of recovery.

There are other parameters to judge its success.

IBC has spurred banks to recognise their bad debts in time.

It has also instilled a strong credit and repayment culture by both banks and borrowers.

You have been a bold governor. Can a country like India afford to adopt a whatever-it-takes policy?

COVID-19 was a shocker of extraordinary proportions.

India, after several decades, witnessed a contraction of 7.3 per cent.

The loss of lives and livelihoods was unprecedented.

It was a global shock and central banks the world over came to the forefront to battle economic crises.

For central banks, it was a whatever-it-takes moment, and the RBI was no exception.

We adopted conventional, unconventional, and new measures. Some of them were similar to what the advanced economies were undertaking, some designed to deal with local challenges.

For example, the resolution framework factored in the prudent principles of resolution and the need to support businesses.

We adopted measures such as bond purchase programmes, reduced interest rates, and adopted an accommodative stance.

At the same time, we undertook other measures like targeted liquidity for smaller NBFCs and mutual funds.

The RBI’s whatever-it-takes approach has helped insulate the economy and the financial markets from a possible crisis and ensured financial stability.

What is the status of India’s inclusion in the global bond indices and the central bank’s digital currency?

They are both works in progress. As far as our inclusion in the global bond index is concerned, we are working closely with three or four agencies.

In fact, one of the bond index providers has placed India on the watchlist, perhaps as a prelude to our inclusion in the bond index.

We are in active dialogue with them, as also with the other bond index providers.

We hope to see this effort gain more traction in the days to come.

With regard to the central bank’s digital currency, we are discussing the technology/cybersecurity aspects. I cannot give a timeline.

This is something that has got other implications on monetary policy and on overall savings.