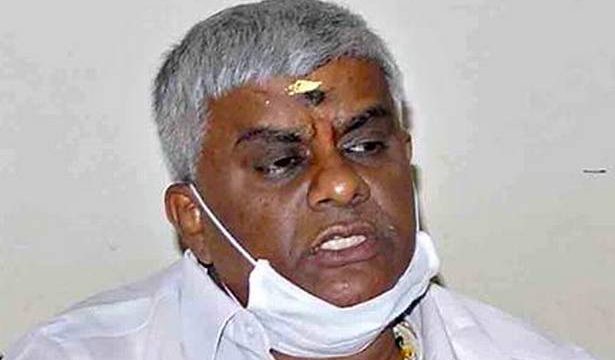 Former Minister and JD(S) leader H.D. Revanna has said he will stage a dharna in front of Chief Minister B.S. Yediyurappa’s residence in Bengaluru demanding essential medicine, vaccination and other facilities to combat COVID-19 in Hassan.

In a press conference on Sunday, Mr. Revanna said patients were dying as they were not getting oxygenated beds and ICU facilities. “Patients are not getting Remdesivir injection. I have written to Mr. Yediyurappa. Former Prime Minister H.D. Deve Gowda has also written. There are positive patients in every village. The administration has failed in the district,” he said.

Eligible people were not getting vaccination. Many aged people were forced to stand in queue for hours. “The government is not taking care of the people,” he alleged. Further, he said he tried to call Health Minister K. Sudhakar but was not successful. Only the rich and influential had been getting beds in Bengaluru. There were none to listen to problems of the poor,” he said.

Regarding the latest changes in lockdown guidelines closing markets, but allowing pushcarts, Mr. Revanna wanted to know how could vegetable sellers get pushcarts now. “The government is playing with the lives of the common man,” he said.