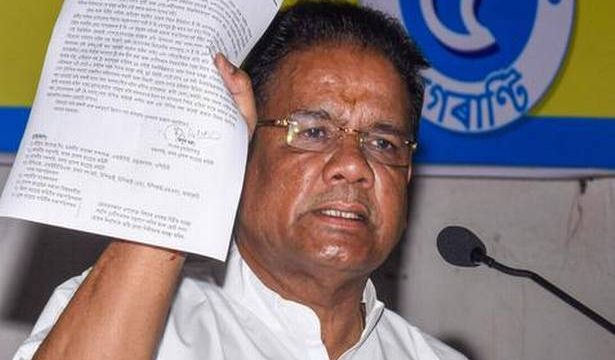 He lost the Gohpur seat to Utpal Borah of the Bharatiya Janata Party by 29,294 votes.

In a letter to Congress president Sonia Gandhi soon after the results were declared, he said he was extremely saddened and disheartened by the inability to combat the “divisive and communal politics” played by the BJP and the Rashtriya Swayamsevak Sangh.

“Despite all the odds, I did the best in my capacity to revive the party during the last four years as president of the Assam PCC,” he said, pledging to continue to uphold the ideology and values of the party.

Ahead of the results on Sunday, Mr. Bora had claimed that the Congress-led Mahajot or grand alliance of 10 parties would win more than 75 of the 126 Assembly seats in Assam. He had also said he was the right candidate for the Chief Minister post if the grand alliance won the polls.