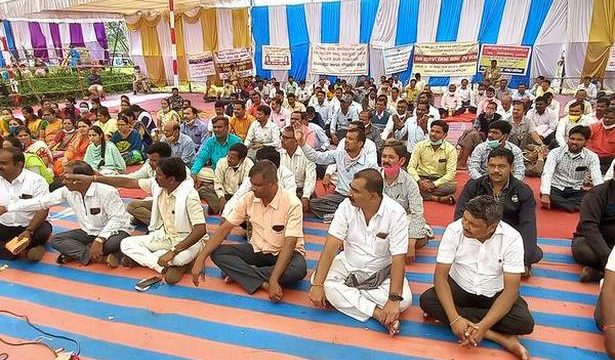 Four categories formed to fix salaries based on experience and eligibility; pay to be disbursed before 10th of every month

Keeping up its promise of examining the demands of guest lecturers on humanitarian grounds, the State Government has more than doubled their salaries besides taking various measures to streamline the system of their appointment.

These decisions, announced by the Government on Friday, are based on the recommendations of a three-member committee that looked into the work of thousands of guest lecturers working in government first-grade colleges across the State.

In other prominent measures as a relief to the guest lecturers, it has been decided to pay the salaries before the 10th of every month and to appoint them on the full academic year basis of 10-month duration instead of the present system of semester-basis appointment.

As UGC-prescribed eligibility conditions will be made mandatory for recruiting guest faculty in the coming years, a three-year deadline has been set for guest lecturers to clear the required eligibility tests/examinations, the Minister said.

It has been also decided to give weightage to seniority of service while appointing guest lecturers. To ensure this, a selection list will be prepared based on the existing parameters of the department, he said. Based on the above parameters an online portal has been set up for recruitments and candidates can apply from January 17. Applicants can mention five colleges of their choice while submitting applications and they need to submit it within seven days from January 17.

Mr. Ashwath Narayan and Council Chairman Basavaraj Horatti had also conducted meetings during the winter session of the State legislature in Belagavi, and later in Bengaluru wherein MLCs and associations of guest lecturers had participated.