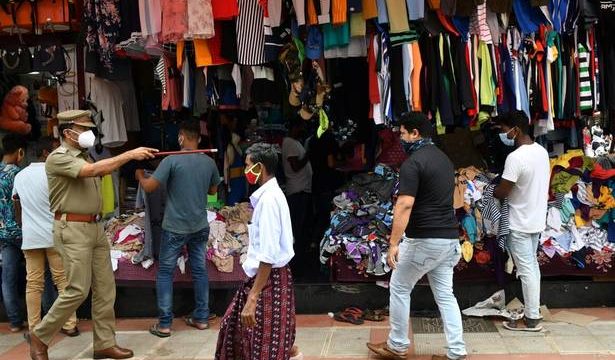 The Bench asked the State to file its affidavit by evening and posted the case for hearing as the first case on July 20 taking into consideration ‘the situation and the celebrations going on in the State of Kerala’.

The Supreme Court on Monday gave the Pinarayi Vijayan government in Kerala less than 24 hours to explain its reasons for relaxing COVID-19 restrictions between July 18 and July 20 for Bakrid celebrations while noting that any incident which directly affected lives would be viewed sternly and result in “prompt action”.

A Bench of Justices Rohinton F. Nariman and B.R. Gavai asked Kerala to file its affidavit by evening and posted the case for hearing as the first case on July 20 taking into consideration “the situation and the celebrations going on in the State of Kerala”.

Kerala counsel, advocate G. Prakash, said only some shops had been opened in a controlled manner.

The court, meanwhile, closed its suo motu case on the conduct of the Kanwar Yatra by Uttar Pradesh after the State informed on Monday that “there will be no Kanwar Yatra at all, it has been completely postponed” in 2021.

“What My Lords have intended has had a beneficial effect,” Mr. Vaidyanathan submitted.

Justice Nariman said authorities needed to know that “any untoward incidents which directly affect lives will be looked upon sternly and prompt action taken immediately”.

On Friday, the court, while rejecting Uttar Pradesh’s proposal to conduct a “symbolic” Kanwar Yatra amid the pandemic for “compelling religious reasons”, said the fundamental rights of citizens across faiths and their right to life trumped over religious sentiments.

However, on Monday, senior advocate Vikas Singh, appearing for P.K.D Nambiar, intervened to say that while Uttar Pradesh had stopped the yatra, Kerala had displayed a “casual” attitude to lockdown restrictions owing to Bakrid.

“Kerala relaxed lockdown curbs on the occasion of Eid on the day the Prime Minister called for caution… Kerala has continued to throw up alarming numbers [of COVID cases] even while many other States have improved their situation,” Mr. Nambiar said in his plea.

He said the decision to open up markets were a product of discussions between Chief Minister Vijayan and the Kerala Vyapari Vyavasaayi Ekopana Samithi. Hence, no medical advice was sought. Communal and political considerations had driven Kerala to open up.

“Government of Kerala is ready to sacrifice the health and lives of innocent citizens during the critical situation. Political interests and causes cannot overcome the fundamental rights of the citizens of this nation,” the plea said.