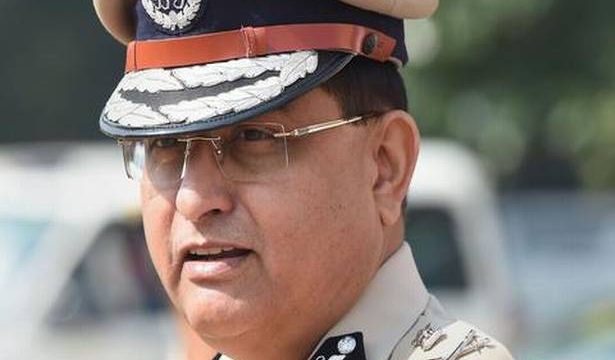 The Supreme Court on Friday took on board a plea filed by the Centre for Public Interest Litigation (CPIL), an NGO represented by advocate Prashant Bhushan, to quash the appointment of Rakesh Asthana as Delhi Police Commissioner.

A Bench led by Justice D.Y. Chandrachud issued notice to the Union Government and Mr. Asthana.

The government is represented by Solicitor-General Tushar Mehta, and senior advocate Mukul Rohatgi appeared for Mr. Asthana. They have been given two weeks to file their counter affidavits.

Mr. Bhushan urged the court to take up the case after two weeks.

The writ petition has urged the court to cancel an order of the Appointments Committee of the Cabinet (ACC) headed by Prime Minister Narendra Modi on July 27, granting Mr. Asthana inter-cadre deputation from Gujarat to Arunachal Pradesh-Goa-Mizoram and Union Territory (AGMUT) cadre.

The ACC, by the same order, had extended his service. Mr. Asthana was appointed Delhi Police Commissioner merely four days before his superannuation.

The CPIL has asked the court to direct the government to take steps for a fresh appointment strictly in accordance with the directions of the Supreme Court in a judgment in the Prakash Singh case.

The NGO said the Centre violated the court’s directions as Mr. Asthana did not have a minimum residual tenure of six months before retirement. The Centre did not bother to form a Union Public Services Commission panel for the appointment of the Delhi Police chief. Again, the government ignored the criterion laid down by the court in its judgment that candidates ought to have a minimum tenure of two years.

“The post of Commissioner of Police in Delhi is akin to the post of DGP of a State. He is the head of the police force for the NCT of Delhi, and therefore, the directions concerning the appointment to the post of DGP passed by the Supreme Court in the Prakash Singh case has to be followed by the Central Government,” the petition said.

The petition said the extension of Mr. Asthana’s service violated the fundamental rule that “no government servant shall be granted extension in service beyond the age of retirement of 60 years”.