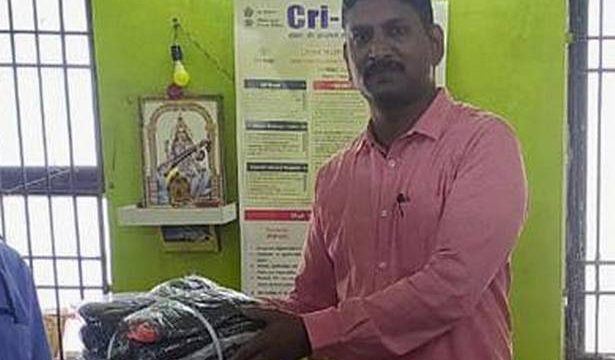 On the face of it, the branded readymade garments looked no different from the genuine ones. They were actually counterfeit products but brought wide smiles to the faces of orphaned children, many of whom were infected with HIV. A week ahead of Pongal, the Tamil Nadu police went the extra mile to make these children happy.

Acting on complaints lodged by the manufacturers of reputed brands that some gangs were selling counterfeit products in the market, Additional Director-General of Police, Crime, Mahesh Kumar Aggarwal, formed special teams to conduct searches in Chennai and Madurai.

Sleuths of the Intellectual Property Rights Enforcement Cell seized huge quantities of shirts, t-shirts, travel and school bags and sportswear worth about ₹4.5 lakh during the operation. Six cases were registered against the suspects for making these products in the name of reputed brands. After investigation, the police filed a charge sheet against six persons before the Metropolitan Magistrate Court, Saidapet. The court convicted the accused in all the cases.

Since the property seized cannot be returned to the convicts, the only option before the police was to destroy them. “In other Copyright cases we usually destroy the seized or criminal property. But in this case, we thought these unused clothes could be useful to underprivileged children. The court was kind enough to approve our request to distribute the clothes to orphanages,” Mr. Aggarwal said.

The Shakunthala Dhanasekaran Charitable Trust, TVK Nagar, Chennai; the Shelter Trust for HIV Affected Children, Redhills, Chennai; and the CSI Home for Children and the CSI Home of Abundant Life, Chengalpattu were identified for the purpose. Once the appeal period apsed, the police gave away the items to the managers of the four homes.