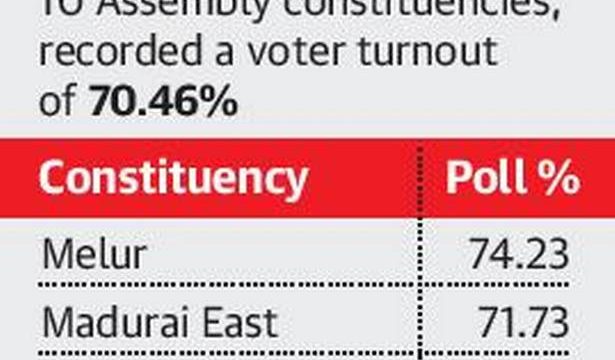 Data obtained from the district administration shows that male voters turned out in larger numbers than female voters in the entire district. In Melur, Tirumangalam and Usilampatti, however, the polling percentage of women was higher than that of men. Among the 10 constituencies, Madurai Central had the lowest turnout of women voters: 58.76%.

While the district had 204 voters belonging to the third gender, only 21.57% of them cast their votes. In Madurai West Assembly constituency, it was nil.