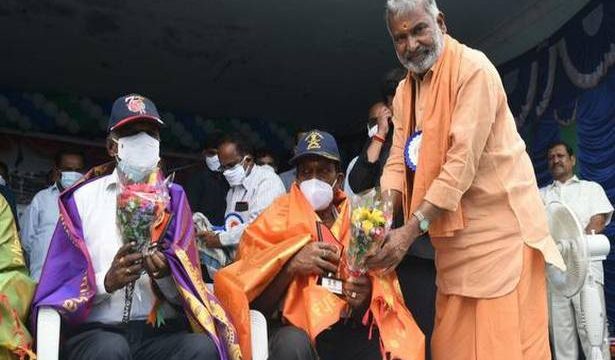 Minister for Panchayat Raj P. Ramachandra Reddy said that the State government has sanctioned a Skill Development University for Chittoor district, and that the modalities pertaining to the project would be soon chalked out.

Inaugurating a ‘Pre-Army Recruitment’ camp for unemployed youth and aspirants for military and paramilitary services at Government Degree College grounds at Punganur, Mr. Ramachandra Reddy said that the prime objective of the university was to address the issue of unemployment in Chittoor district. He said the university would also be a boon to the entire Rayalaseema region.

The Minister said that the recruitment camp, which saw the participation of as many as 2,750 youth, would be of immense help to those joining the Indian defence services. The selected would be provided with free coaching by the Tirupati-based SV Defence Academy, he said adding that the government would bear the boarding, lodging and training of the youth for the 60-day period.