🔴 The SKM had earlier this month announced that 500 farmers will participate in a peaceful tractor march to Parliament every day during Winter Session starting Nov 29, to mark one year of the agitation against the Centre’s three agri laws. 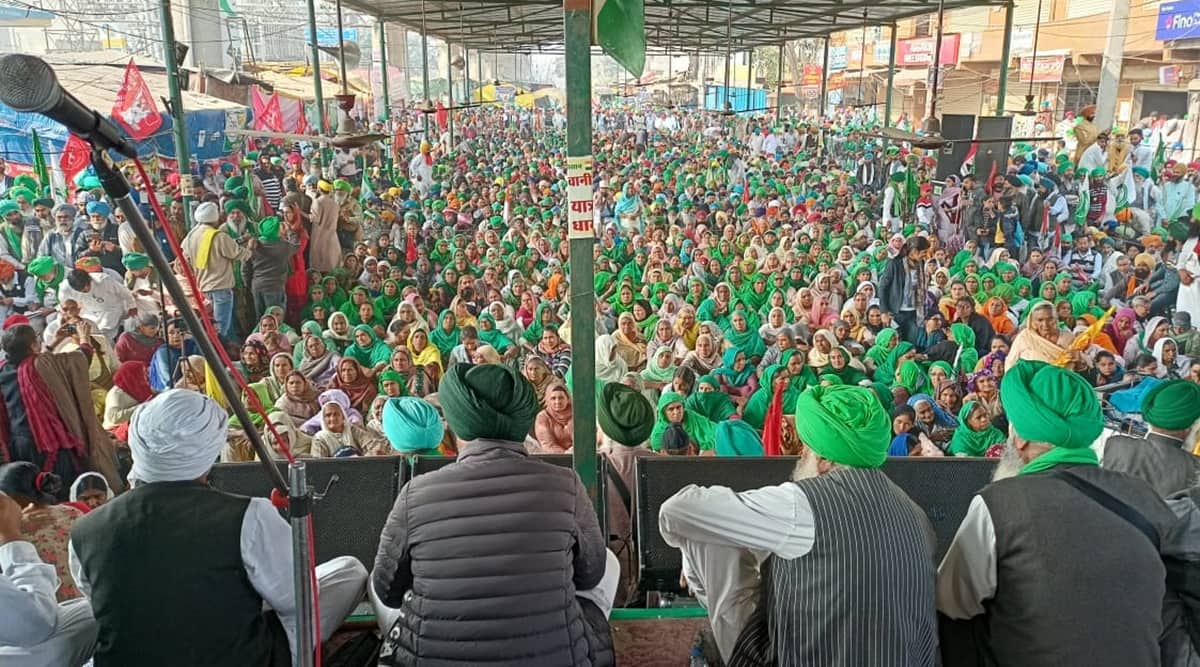 The Samyukta Kisan Morcha (SKM), spearheading the farm stir, has decided to postpone the proposed tractor rally to Parliament on November 29, farmer leader Darshan Pal Singh said on Saturday. The decision was taken following a meeting near the Singhu border, Singh said.

According to sources, a number of unions had expressed their opinion that the tractor march should be postponed for the time being as the PM had already announced repeal of the farm laws.

Friday marked one year of the protest against the three farm laws that the government is set to formally withdraw.

The SKM had earlier this month announced that 500 farmers will participate in a peaceful tractor march to Parliament every day during Winter Session starting November 29, to mark one year of the agitation against the Centre’s three agri laws. It had said that this will be done to “increase the pressure” on “this obstinate, insensitive, anti-people and pro-corporate BJP central government”, to force it to concede to the demands for which farmers across the country have launched a historic struggle for the past one year.

Earlier in the day, Union Agriculture Minister Narendra Singh Tomar urged farmers protesting at Delhi’s borders to return home, saying there was “no point” continuing the agitation after Prime Minister Narendra Modi’s announcement on the decision to repeal the three farm laws. Tomar confirmed that the Bill to repeal the laws would be tabled on Monday, the first day of the winter session of Parliament.

Tomar also said that with the announcement of a committee, farmers’ demand on MSP stands fulfilled.

The Union minister further said the Centre has agreed to their demand of decriminalising stubble burning.

Tomar said the Cabinet has approved a bill to repeal the three farm laws, which will be introduced in the beginning of the coming session of Parliament starting November 29. He, however, pointed out that the government is unhappy over not being able to convince some of the protesting farmers’ unions about the benefits of the farm laws.

Meanwhile, massive ‘Kisan Mahapanchayats’ were organised across state capitals on Friday as part of the first anniversary of the agitation. Thousands of farmers with tractors flocked to the protest sites at Delhi borders.

In a televised address on November 19, PM Modi announced the repeal of the three contentious farm laws as he apologised to the country.

Although farmer unions have welcomed the government’s move to repeal the three farm laws, they said their protest would continue until the laws are totally and formally withdrawn and other demands, including legal guarantee to MSP, are met.