The new rules of engagement between the two sides, following the “strategic guidance” provided to the two militaries by President Xi Jinping and Prime Minister Narendra Modi after the Wuhan summit, have meant that face-offs between soldiers on both sides of the disputed boundary have reduced significantly. 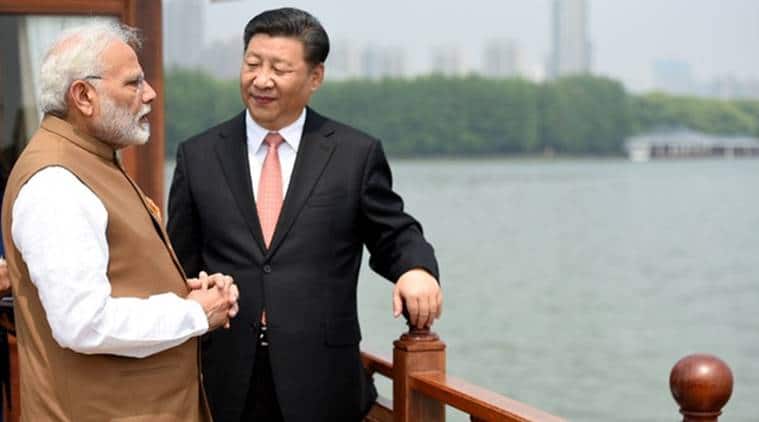 Tensions on the Sino-Indian border, which snowballed into a crisis at Doklam in 2017, have come down dramatically after the informal summit between the leaders of the two countries at Wuhan in April 2018. The new rules of engagement between the two sides, following the “strategic guidance” provided to the two militaries by President Xi Jinping and Prime Minister Narendra Modi after the Wuhan summit, have meant that face-offs between soldiers on both sides of the disputed boundary have reduced significantly.

Top government officials told The Indian Express that even though minor differences still remain, particularly in eastern Ladakh near the strategic Darbuk-Shayok-Daulat Beg Oldie (DSDBO) road, “50 per cent of the friction areas between the two militaries on the contentious border have been reduced”. The changes were effectively felt on the ground by August-September last year, officials said.

The new rules of engagement include changes in drills and procedures of patrolling by the two sides and control of aggressive behaviour, besides increased number of meetings between the local commanders on the disputed border. These changes have been specific to each area, depending on the peculiarities of each place on the boundary, and were done after mutual discussions and agreements between the two militaries at the local level.

“The change has happened because some kind of new rules of engagement have been formed by commanders on the ground. Strategic guidance percolated down to the lowest level and induced behavioural changes. Both sides equally understand the situation and guidance was also available to the Chinese side, which led to this sharp drop in face-offs,” the official said.

According to officials, “depending on the complexity of the place, the solution was found”. Thus, there was a different model found for each sector
of the 4,000-km Line of Actual Control (LAC) to avoid face-offs between soldiers and consequent tensions.

In certain areas in the eastern sector, where perceptions of the LAC of the two sides overlap, the two militaries have agreed to staggered timings of patrol — one side conducts patrolling in first fortnight of the month and the other in the second fortnight.

In another sector, drills have been amended so that patrols encountering each other maintain certain physical distance (50-100 metres), avoid all physical contact, limit the interaction between commanders and disperse from the site between a fixed time (15 minutes). In some other places, the two sides have agreed to escorted patrols, with soldiers of one side escorting certain members of the other’s patrol to their perception of the LAC.

“The increase in number and frequency of meetings between local commanders on the border has been a feature of this change in border engagement. The Chinese were invited at all locations to participate in the International Yoga Day celebrations. There has been an increased thrust on organising non-contact sports, such as volleyball, between the soldiers of both sides. All this has helped,” the official said.

“The challenge of such a shift was overcome by close monitoring of interaction by highest levels. Deliberation and thought went into each flag meeting with a view to not surrender our legitimate right and yet reduce friction,” the official said.

The last such meeting was held at the level of Major Generals of the two armies at Chushul on Monday where the two sides agreed to certain modifications in the rules of engagement to avoid any friction on that border.

But officials agree that these changes “have not worked at some places, such as in eastern Ladakh on the DSDBO road and to an extent in Nathu La in Sikkim”. These are due to strategic sensitivities of some areas, where tensions remain between the two sides.