Bank strike on January 31, February 1: If the strike materialises, it will coincide with the Union Budget presentation in the Parliament on February 1. In a circular, UFBU accused the Indian Banks' Association of not paying heed towards the wage revision demand of the bank employees. 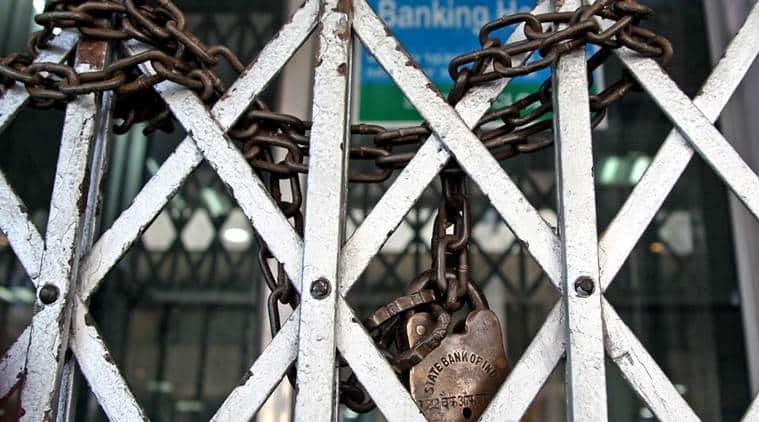 Bank strike on January 31, February 1: Banking operations and ATM services across the country are likely to be affected for the second time in a month on January 31 and February 1 as bank unions Wednesday threatened to go on a strike demanding wage revision pending since November 2017. If the strike materialises, it will coincide with the Union Budget presentation in the Parliament on February 1.

The strike call has been given by the United Forum of Bank Unions (UFBU), an umbrella body of nine bank unions, including All India Bank Officers’ Confederation (AIBOC), All India Bank Employees Association (AIBEA) and National Organisation of Bank Workers (NOBW).

In a circular, UFBU accused the Indian Banks’ Association of not paying heed towards the wage revision demand of the bank employees.

“In this background, the meeting of UFBU held at Mumbai on January 13 came to the unanimous and inescapable conclusion that intensified agitational actions have to be resorted to press our demands for reasonable resolution and satisfactory settlement,” it said.

The unions are demanding wage revision settlement at 20 per cent hike on payslip along with adequate loading. The last wage revision, which was for the period November 1, 2012, to October 31, 2017, the employees got a 15 per cent hike.

On January 8, a section of bank unions had gone on a day-long strike in support of a trade unions’ protest call against the government’s “anti-people” policies. The bank unions had called the strike to protest against banking reforms and mega-merger of PSU banks initiated by the Narendra Modi government.

PSU banks were amongst the most affected, with services like deposit and withdrawal, cheque clearing and instrument issuance impacted due to the strike. However, services at private sector banks went on as usual.

Earlier on December 26, 2018, nine bank unions or close to 1 million employees of various banks, including private lenders, had observed a one-day strike to protest against the proposed amalgamation of Vijaya Bank and Dena Bank with Bank of Baroda.

For all the latest Business News, download Indian Express App