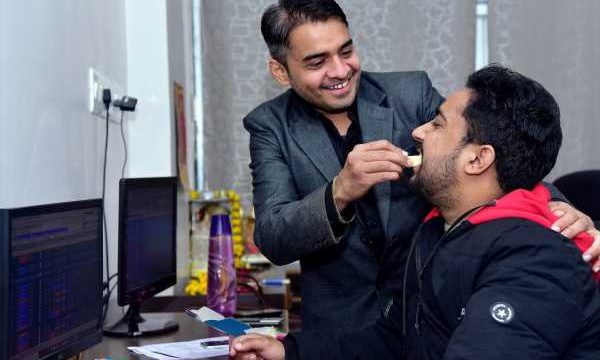 The excise duty budget estimate for FY22 is lower than FY21. While the RE for excise duty for FY21 stood at Rs 3.61 trillion, that for FY22 is Rs 3.35 trillion. In fact, the actuals are even higher.
Is the Centre contemplating excise duty reduction in the current fiscal year?

I said this even during the Budget. Not just this, but on most elements, we’ve been very conservative.

In the Budget, you laid down an ambitious divestment plan which included privatising two public sector banks besides IDBI and two insurance companies too.
Will the second COVID-19 wave derail the privatisation plan in FY22?

You had budgeted for Rs 1.75 trillion divestment this year. So will you achieve it?

I will try to achieve it.

When do we see the bad bank come up and how?

We have not called it a bad bank. That’s because what gets popularly referred to as bad bank gets a certain characteristic about it.

Now we have designed something very different.

You are carving out the NPAs and bad assets which are sitting in the bank for a certain number of years. Those are taken out first for which provisioning is already made, but given to this holding company, which is an asset reconstruction company. And at that point itself they get a certain amount of money for which they made provisioning for.

And post which, the ARC would work on it and AIIFs will come through bidding and take it. At that time, at whatever rate, this whole thing formulates for itself, even then the banks will get something for themselves.

So this formulation is more transparent, more parties can come in for the bidding and we see that there is a lot of interest. So this is moving as per plan.

Even at the time of Constitutional amendment for GST, the government had very clearly spoken in the pre-Council empowered committee and everybody had agreed to have entry of petrol and diesel products at zero rating. That was the only thing which was allowed at zero…

Talking of GST, many state FMs have raised this concern of how GIC (attorney general on implementation committee) and law committee took independent decisions without consulting the council. They’ve called it unconstitutional. Do you think these concerns are valid? 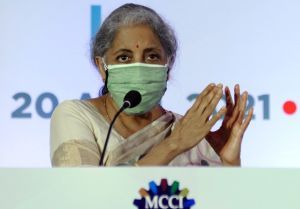 This was mentioned by the Punjab finance minister. He subsequently sent us a letter.

We are living in a time when decisions have to be taken rapidly. This provision of the GIC is not new.

If you’re telling me that this is being held against the Council and power has been usurped, it’s very unfortunate. It will cripple the functioning of GST, if in case there is a need for emergency decisions…

In fact, I was accused of running a talking shop at the Council meeting. Do you expect me to say — ‘Oh, sorry, you can’t speak…’ or ‘No, I don’t agree with you…’ or ‘I don’t like your face.’ I thought consensus was important, like it is in Parliament.

In the context of the Group of Ministers that was set up for GST, Congress has said the party is not represented. Your comment?

From when have they (Congress) disowned Maharashtra? Isn’t Ajit Pawar there?

This is so much attention seeking syndrome by the Congress. It’s all about my family, my dynasty in that party…

This is really politicising the GST Council which is a very good federal platform. I’m sorry, it’s hurting every one of us and people who speak about institutions should respect institutions.

There was a GoM meeting and it seems no call was taken on vaccine taxation and that it’s back in the GST Council’s court. Is that correct?

I don’t know as the report has not come to me yet. The GoM should submit its report by June 8, after which we will decide on the next Council meeting.

On a different subject, what are your thoughts on market indices touching new highs? Do you believe there’s a real disconnect between markets and the real economy?
RBI has also talked about a bubble.

I think it is a fact that the fundamentals of the economy are stable and doing well. Just before the second wave, you saw how the indicators were.

Whether it’s the PMI on goods or services, electricity consumption, FDI flow, foreign exchange reserves, the indicators have been sound. Fundamental being strong attracts investment.

If market indicates that, it’s a sustainable investment. To think it’s a bubble, I’m not sure.

Are you thinking about monetisation of the deficit?

I don’t have anything on that at this point. I’m in touch with the regulators. But it’s not a binary or a bubble that I have to panic.

Your views on government measures related to economic offenders and getting them extradited?

The government has said the offenders would be brought back.

Is the government reviewing the IBC code to prevent errant promoters from taking control of the companies which are in the resolution process?

Well, I think we’ve made our position very clear. Our position is that promoters cannot come back through the back door.

I’m glad that the courts have come out in strong support of the legality and the legitimacy of the Act itself. We now have to make sure that it gets implemented at every stage in each case.

What would be your broad message to the poor people of India or the middle class who are looking desperately for government intervention?

Well, I think since the last year itself, we have shown that we are a responsive government. We are fully empathetic. But we also have to be responsible enough to give a meaningful intervention.