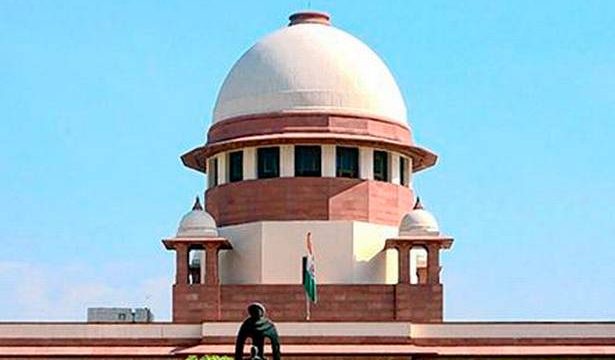 The Supreme Court on July 16 disagreed with the Uttar Pradesh government’s proposal to conduct a “symbolic” Kanwar Yatra amid the pandemic for “compelling religious reasons”, saying the fundamental rights of citizens across faiths and their right to life trumped religious sentiments.

A Bench of Justices Rohinton F. Nariman and B.R. Gavai gave Uttar Pradesh time till July 19 to rethink their proposal and file an affidavit. If the State did not change its plans, Justice Nariman said the court “will deliver whatever we have to deliver” on July 19.

“We are of the prima facie view that this is a matter that concerns everyone of us as citizens of India and goes to the very heart of Article 21 (right to life), which has the pride of place in the Fundamental Rights Chapter of the Indian Constitution. Health of the citizenry of India and the right to life are paramount. All other sentiments, albeit religious, are subservient to this basic fundamental right,” Justice Nariman dictated in the order.

The hearing began with Solicitor General Tushar Mehta submitting that the “State must not permit movement”. The top law officer explained the logistics of the yatra, its destination and what participants do, including that they collect Ganga jal (water) from Haridwar and perform abhishek at various Shiva temples.

An affidavit was filed by the Centre “late” in the Supreme Court.

After speed-reading the affidavit, Justice Nariman announced peremptorily, “State of Uttar Pradesh cannot go on with this, 100%”.

The Bench refused to permit a “physical yatra”.

“Past experience shows that a total ban would be inappropriate,” the senior lawyer submitted for Uttar Pradesh.

Mr. Vaidyanathan then proceeded to read out from Uttar Pradesh’s affidavit, explaining that its decision to hold the yatra was reached after considering the “faith and religious sentiments and after consultations with the disaster management authorities”.

He explained the yatra would be held with a minimum number of people maintaining social distancing.

“The holy Ganga jal would be made available for abhishek at the nearest Shiva temples,” he submitted.

Only people who have been vaccinated and cleared the RT-PCR tests would be given permission to go on the yatra. In short, the State government promised stringent measures considering the pandemic.

However, the court was not impressed.

“Either we deliver the order directly or you [Uttar Pradesh] reconsider the physical yatra. The pandemic affects us all. There is a fear of a third wave hitting us… We are the citizens of India… Article 21 applies to all of us. Mr. Vaidyanathan, go back and ask your authorities to reconsider the physical yatra… otherwise we will deliver whatever we have to deliver,” Justice Nariman addressed the senior lawyer for Uttar Pradesh.

Mr. Vaidyanathan agreed to consult the State government authorities and file an additional affidavit by July 19.

Meanwhile, Uttarakhand informed the court that it had completely banned the Kanwar Yatra in an order on June 30, keeping in mind the pandemic.