The builder negotiated the amount to Rs 15,000 and informed his friend about the threat. The builder’s friend contacted Surat ACB office and lodged a complaint against Satish Patel and Abhiraj Ejwa. 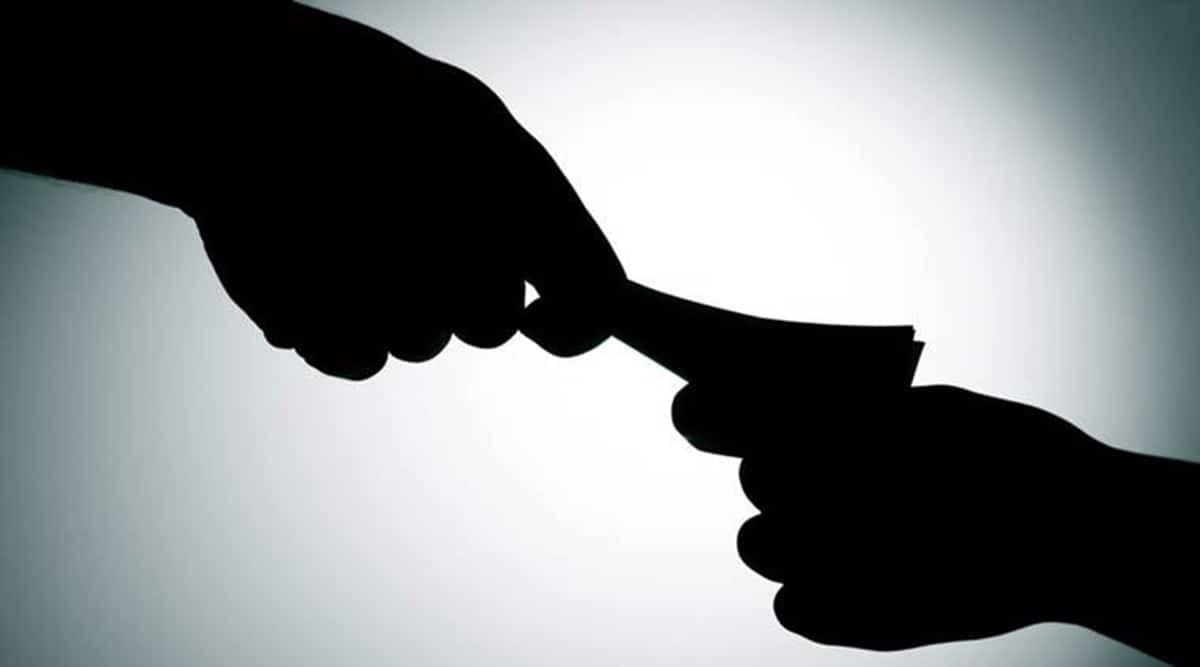 Officials of the Surat Anti-Corruption Bureau on Thursday detained an aide of a Congress corporator while accepting a bribe of Rs 15,000 from a complainant for saving an “illegal structure from getting demolished” at an under-construction site in Bhestan, and launched a hunt for the corporator who is also involved in the case.

As per ACB sources, the complainant’s friend was getting a multi-storeyed building constructed in Bhestan area. Congress municipal corporator from Bhestan ward no. 38, Satish Patel, and his aide Abhiraj Ejwa, allegedly approached the builder and told him that some part of the building was against the approved plan of SMC. The duo then allegedly demanded a bribe of Rs 20,000 from complainant’s friend for not getting it demolished by the Surat Municipal Corporation (SMC).

The builder negotiated the amount to Rs 15,000 and informed his friend about the threat. The builder’s friend contacted Surat ACB office and lodged a complaint against Patel and Ejwa.

Acting on the complaint, ACB officials laid a trap and caught Ejwa red-handed while accepting Rs 15,000 from the complainant at Kasaram Society gate on Bhestan Jiyav Road on Thursday. The ACB sleuths then went to Satish Patel’s house at Adarshnagar Society, Bhestan, but found him absconding.

Assistant Director of ACB Surat, NP Gohil, said, “We have detained Abhiraj and took his statements in which he mentioned the name of municipal councillor Satish Patel. We have also got the recording of a conversation between accused duo and the complainant. We have done Covid test on Abhiraj and if the report comes negative, we will arrest him. Satish Patel has gone underground and we will arrest him soon.”