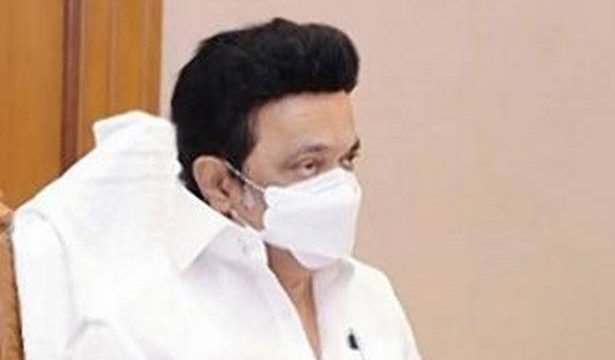 Ruling out any scope for negotiations on the Mekedatu dam issue, Tamil Nadu Chief Minister M.K. Stalin on Monday said the State would face the issue legally.

Mr. Stalin, who was in New Delhi to invite President Ram Nath Kovind to various events in Tamil Nadu, told the media that he had already met the Prime Minister and expressed his opposition to Karnataka’s move to build the dam.

When asked about Karnataka Chief Minister B.S. Yediyurappa’s statement that his State would construct the dam, irrespective of the opposition from Tamil Nadu, Kerala and Puducherry, Mr. Stalin said, “The Prime Minister has given an assurance. Moreover, the Union Minister for Jal Shakti, too, has given his word. We are hopeful. The case is already in court. So, we will face it legally.”

To a query whether Tamil Nadu would accept an invitation from Karnataka for talks on the Mekedatu issue, Mr. Stalin cited Minister for Water Resources Duraimurugan’s statement that there was no scope for talks.

On the possibility of Tamil Nadu, Kerala and Puducherry holding talks [to take on Karnataka], he said, “There is no need for it at this point in time.”

Earlier in the day, Mr. Stalin called on the President at the Rashtrapati Bhavan and invited him to several events planned in Chennai, including one celebrating the completion of 100 years of the first meeting of the then Madras Legislative Council, that was set up in 1921.

He also invited the President to unveil a portrait of late DMK leader and former Chief Minister M. Karunanidhi in the Assembly hall, and to the foundation laying ceremony for a library in Madurai, which would be named after Karunanidhi.

He requested the President to lay the foundation stone for a State-run multi-super speciality hospital at Guindy in Chennai, and a structure commemorating 75 years of Independence, which would also come up in the city.

"He has given his acceptance. He has promised to give the dates within the next couple of days," Mr. Stalin said. This was Mr. Stalin’s first meeting with the President after assuming charge as Chief Minister in May.

When asked if he had placed any demand before the President on the release of seven life convicts in former Prime Minister Rajiv Gandhi’s assassination case or on NEET, Mr. Stalin recalled that he wrote to Mr. Kovind earlier, seeking the release of the convicts.

"You would be aware that the issue is in court. The situation warrants us to approach it legally," he said.