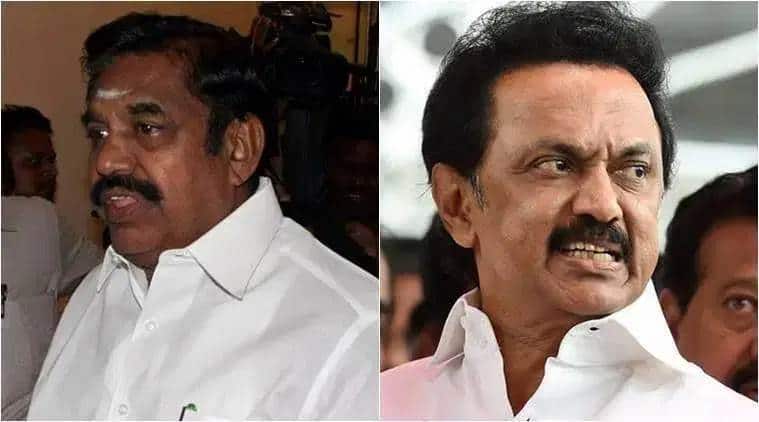 The long-delayed elections to rural civic bodies in Tamil Nadu will be held in two phases on December 27 and 30, the State Election Commission (SEC) announced on Monday.

DMK Chief M K Stalin asked whether SEC R Palanisamy and Chief Minister Edappadi K Palaniswami are the “same” person, hinting at a possible hand of the state government in the poll schedule announcement and referring to their similar surnames.

Stalin also pointed out out that Tamil Nadu has always had single-phase elections — be it for Lok Sabha, Assembly or local bodies. He alleged that the SEC was taking decisions in favour of the government, as the ruling AIADMK was “afraid” of facing local body polls. “The schedule announced for local body elections shows that the ruling party is scared,” he maintained.

Calling the poll schedule a “murder of democracy”, MDMK leader Vaiko said the decision is meant primarily to give courts a chance to further postpone the election process.

Local body polls were originally scheduled for June 2016, soon after late J Jayalalithaa led AIADMK to a second consecutive victory in Assembly elections. They were postponed to October 2016, as AIADMK was allegedly not too keen to face the electorate soon after winning the state elections. It was further postponed for multiple reasons, including legal contests and a turbulent period that saw hospitalisation and subsequently death of Jayalalithaa and AIADMK’s internal rifts.

CPI(M) state secretary K Balakrishnan said the SEC is confused and is not ready yet to conduct polls. He claimed that the process of delimitation of wards in many areas is not complete and demanded an election schedule after completing all work as per the Panchayat Act.

CPI state secretary R Mutharasan also accused the AIADMK of being “afraid” of facing the electorate. He demanded both SEC and AIADMK come forward and hold the local body elections on a single day.

As per Monday’s announcement, poll notification will be issued on December 6, nominations can be filed from December 6 to December 13, and scrutiny of candidature will be taken up on December 16. Votes will be counted on January 2.

The Indian Express had earlier reported that the BJP, which contested the Lok Sabha polls in Tamil Nadu in alliance with the AIADMK, is eyeing putting up party-backed candidates in at least 50 per cent of the 1.25 lakh seats across the state in different local bodies.