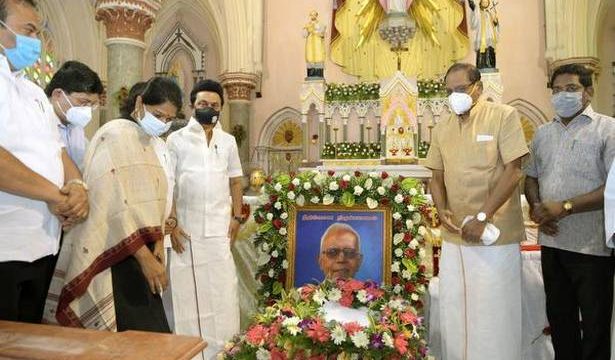 Chief Minister M.K. Stalin had said that tragedy that befell Fr. Stan Swamy, who fought for the downtrodden, should not happen to anyone else

A press statement from the Secretariat said that Father Stan Swamy had fought for rights and development of India’s tribal people and raised questions over how several aspects of the Fifth Schedule of Indian Constitution had not been implemented. He also called for a Tribal Advisory Council to ensure safety, welfare and development of tribals and fought for the protection of Adivasi lands in Jharkhand.

In his condolence message, Chief Minister M.K. Stalin had said that tragedy that befell him, who fought for the downtrodden, should not happen to anyone else.