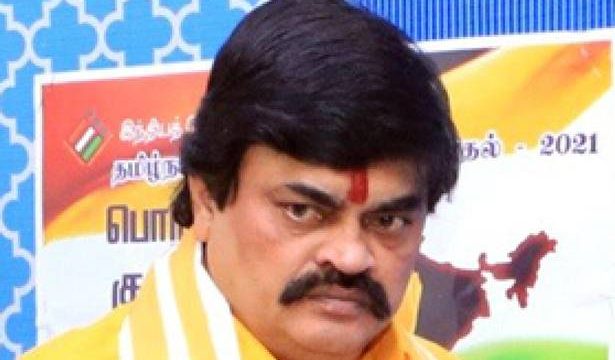 Tamil Nadu police arrested former Minister K.T. Rajenthra Bhalaji in connection with a cheating case in Hassan on January 5. Virudhunagar district police had been searching for him in Tamil Nadu and parts of Karnataka.

It is said that the AIADMK leader had been hiding near Hassan for the last few days. After collecting information about his whereabouts, the police sighted his vehicle on B.M. Road. They caught up with the vehicle, and took the former Minister into custody.

Mr. Bhalaji had served as Minister for Milk and Dairy Development in the Tamil Nadu Government. He has been accused of collecting huge sums of money from several persons by promising jobs.