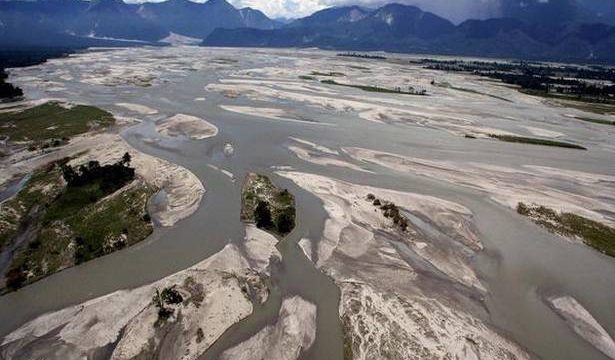 Most of these projects are proposed to be constructed in the Tawangchu and Nyamjangchu river basins, the nesting sites of the endangered black-necked crane.

A group of Buddhist monks in Tawang district has opposed the Arunachal Pradesh government’s renewed push for hydropower projects.

In a statement issued on February 22, the monks-led Save Mon Region Federation (SMRF) said the proposed projects would not only affect the nesting grounds of the endangered black-necked crane but also threaten several holy Buddhist pilgrimage sites in the region.

Most of these projects are proposed in the Tawangchu and Nyamjangchu river basins, a haunt of the black-necked crane considered a sacred embodiment of the 6th Dalai Lama who was from Tawang.

“The projects will damage the geographically volatile and highly seismic Tawang region,” the SMRF said, reacting to the State government’s hydropower plan.

State Chief Minister Pema Khandu had in a couple of statements this month hinted at reviving the projects in the Tawang basin. On February 17, the Ministry of Department of North Eastern Region tweeted that the Centre “undertakes a massive project to transform the future of hydroelectric power in Arunachal Pradesh”.

The 780 MW Nyamjangchu project in Zemithang Valley is one of 13 projects with a total capacity of 2,890.10 MW proposed in Tawang district. The valley is the winter home of the black-necked crane.

The Nyamjangchu project has been on hold following a complaint the SMRF lodged with the National Green Tribunal (NGT) alleging fraudulent studies behind it.

In April 2016, the NGT suspended the environmental clearance given to the Nyamjangchu project promoted by the Bhilwara Group, which subsequently led to a crackdown on anti-dam protesters.

Two people, including a monk, was killed in police firing in May 2016 after locals had gathered at the Tawang police station demanding the release of the forum’s leader and anti-dam activist Lobsang Gyatso. The report of an investigation into the deaths is yet to be made public.