Dr. Pannerselvam, a psychiatrist at Sneha Mincare Centre in Tirunelveli, said he was also happy with the move because the current scenario was not conducive to asking students to sit for examinations. 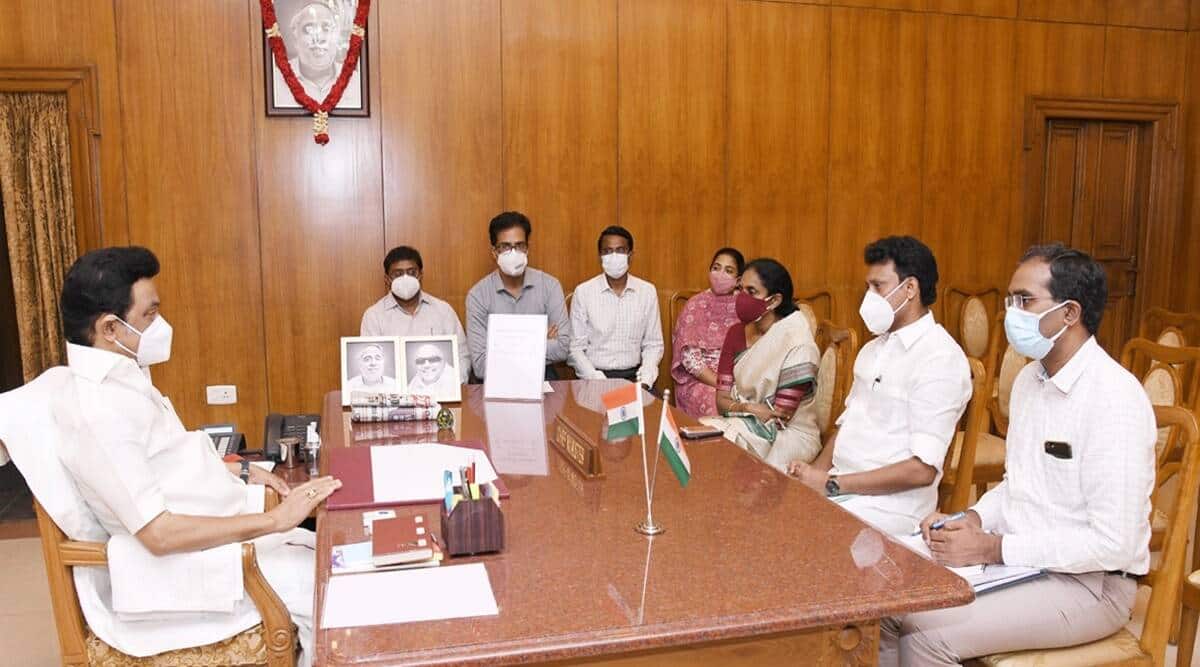 Most teachers across Tamil Nadu have welcomed the government’s decision to cancel the state board examinations. While some pointed out that students were not in a position at this moment to take exams, others said they were just happy that after so much confusion clarity has emerged at last.

Expressing satisfaction with the decision, a teacher from Tiruvannamalai Government Higher Secondary School said, “From January 18, we started conducting classes for Class XII students. The classes went on till April and the schools were asked to shut down. Then we were told to conduct online classes, but the issue was many of the students didn’t have access to smartphones or the internet. The pandemic forced many of the students from the lower-income sector to go for daily wage labour. On the whole, the students were in no position to write the exams. We are thankful to the government for this decision.”

S Kalyani, who teaches accountancy in a government school in Trichy, said her daughter, who studies in Class XII, is relieved with the decision to cancel the exam. “There was so much confusion. She did very well in Class X public examinations and was hoping to do well in Class XII as well. But since the pandemic, she was so disturbed. We are happy now to have got a clear picture at last. We now only hope that the evalution process is fair,” she said.

Ilamaran, State President of Tamil Nadu Teachers’ Association, said, “We are happy that everyone agreed to cancel the examinations. A few months ago, even when some of the political parties said the exams can be conducted, we were the first to reach out to the government and say that it is possible now. In March-April, I was on election duty. Close to 15 people who worked with me for the poll duty are not alive now. This had happened despite the state government and the Election Commission of India providing full safety arrangements. So many teachers have died due to the pandemic.”

“If exams were conducted, there would be a total of 8.45 lakh students and 1 lakh teachers on examination duty. What if someone contracted the virus? The recent incidents in Thanjavur and other district schools where students tested positive show how severe this virus is,” he said.

He further said that the majority of the schools have conducted two unit tests, four revision tests online and the marks can be calculated on the basis of these evaluations. If students feel they have not done well in these tests, they can provide marks on the basis on their Class XI performance.

Dr. Pannerselvam, a psychiatrist at Sneha Mincare Centre in Tirunelveli, also welcomed the decision to cancel the examinations.

“Since everyone is staying at home now, lack of privacy is a major issue, especially for students who belong to families in the middle and lower-middle income groups. Parents have to share their parents’ mobile phones for attending online classes. In many cases, students have said they were not able to concentrate due to family situations. In rural areas, if parents are involved in farming or daily wage labour, the financial pressure is also a lot that students have to deal with. Domestic fights can also add to the trouble. If students are mentally disturbed, it makes it very difficult for them to write exams.”

He added, “Concerns will remain about the evaluation process now but I am sure the government will take proper measures to address this issue. Maybe a separate guideline for students opting for professional courses like MBBS or engineering can solve the problem.”

Speaking to reporters on Monday, School Education Minister Anbil Mahesh Poyyamozhi said the committee constituted by the government will submit its report soon based on which they will take further actions.

Anbil further said even when their party was in the opposition, they were clear that NEET should not be conducted in Tamil Nadu and hence there is no change in their stand.

Anbil’s response comes after Stalin’s wrote to Prime Minister Modi urging him to allow Tamil Nadu to fill all professional seats, including the ones for MBBS, on the basis of Class XII marks.