Since “Fifty Shades of Grey” was released in 2011, her “Fifty Shades” trilogy has sold 165 million copies worldwide and was adapted into a feature film series that James co-produced. 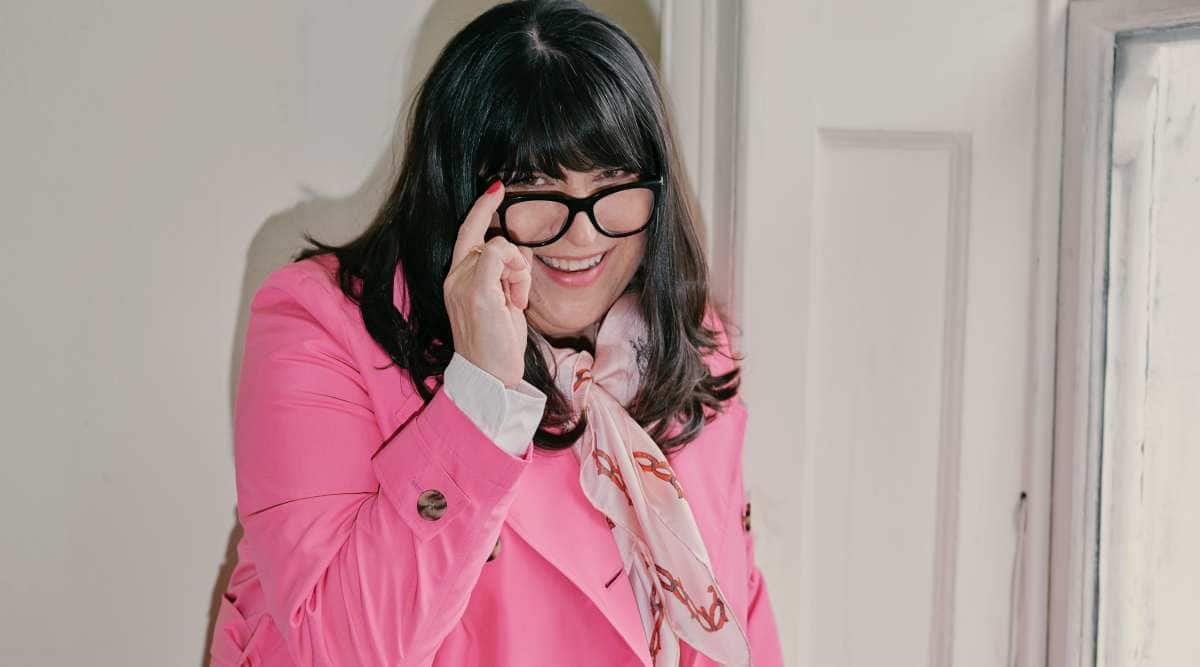 For a novelist who became famous writing hard-core erotica, E L James is surprisingly introverted. “I’m incredibly shy under all of it,” she said.

It is hard to reconcile the notion of James as a quiet, reserved homebody with the billion-dollar fetish franchise she created. Since “Fifty Shades of Grey” was released in 2011, her “Fifty Shades” trilogy has sold 165 million copies worldwide and was adapted into a feature film series that James co-produced. It helped popularise niche sexual fetishes involving bondage, blindfolds and nipple clamps, bringing them into the commercial and cultural mainstream. James trademarked and licensed “Fifty Shades”-branded wine, lingerie, floggers, vibrators and handcuffs, designing many of the products herself. (“I set about trademarking everything because I didn’t want things on lunchboxes,” she joked. “Just don’t put it in a Happy Meal.”)

Fans still wanted more. So James gave them more. In 2015, she published “Grey,” which retells the steamy saga of billionaire Christian Grey and his “submissive,” the demure Anastasia Steele. James, who first wrote “Fifty Shades” as “Twilight” fan fiction, rehashed the same plot but narrated it this time from Christian’s point of view instead of Anastasia’s.

James followed “Grey” with “Darker,” a second book from Christian’s perspective, then took a detour with a stand-alone romance novel titled “The Mister.” Dissatisfied readers begged her to finish the Christian-centric trilogy, sometimes posting photos of their bookshelves with an empty spot to fill.

When the pandemic struck last spring, James decided it was time to finish the project. “It kept me occupied during lockdown,” she said. “There’s only so many jigsaws you can do. It kept me sane during this insane year.”

In “Freed,” which Bloom Books will release Tuesday, Anastasia and Christian are planning their wedding and fighting over their vows, while obsessive exes, ruthless corporate rivals and overbearing parents threaten their happiness.

“Freed” seems like the end of their story — marriage, happily ever after — again. But James isn’t quite ready to shut it down, it seems. When asked if this marks the end of Christian and Anastasia’s story, “I never say never,” James said. “We’ll see.”

During a recent video interview from her home office in west London, James spoke about the evolution and impact of the series. These are edited excerpts from that conversation.

Q: “Fifty Shades” itself grew out of fan fiction, and your readers were already writing their own versions of “Fifty Shades” from Christian’s point of view. Was that partly what inspired you?

A: It was an interesting thing because, when it was fan fiction, I did write a couple of chapters from his point of view. So, you know, then people said, Oh, we want some more of this. Then, of course, they made the movies and as everyone knows, the first movie was a very trying time for me, so I came back, and I just wrote the book, and I didn’t tell anyone. I just thought, I need to get back in touch with these characters, and that’s what I did. I didn’t realize that people would want more. That was probably a little shortsighted of me, but I’m always amazed people read what I write anyway.

Q: So it grew out of wanting to reclaim the characters for yourself after being dissatisfied with the first movie?

A: Yes. Definitely. It was not a happy experience. I’ve not really said anything about it, and I don’t particularly want to say anything about it. Just to say, I was very pleased to be back in the book world.

Q: The books from Christian’s perspective have been very popular with many of your readers, but there were some fans who said it feels like you’re trying to milk this franchise without advancing the story. What do you feel like the new book adds to the story?

A: It’s written for those hard-core fans who want it. It’s not written for anyone who doesn’t want to read it, you know? It’s very simple. And also, it goes back to seeing those five books. I feel the sense of, it wasn’t complete, and now it is, and that goes back to the question, have you finished with this? I have for now. This, hopefully, will give me some freedom to go and explore something else. Q: Rewriting your own books is almost like writing fan fiction of your own novels, but it’s tricky, too, because you don’t want to contradict the plot of your earlier works, right?

A: Exactly. And that’s what it’s like writing fan fiction. It’s so funny because I’m now in Clubhouse. I love it. And there’s lots of authors talking in groups and what have you, and you see the difference between pantsters and plotters. You know, people who plot things out, or people who fly by the seat of their pants. I’m a complete fly-by-the-seat-of-my-pants. I’ve got a vague idea of where I’m going, not sure if I’m going to get there.

Q: When did you join Clubhouse? What do you do on there?

A: Probably, maybe, March, April or maybe February of this year, but because time has no meaning anymore, that’s the way it goes. Is it Thursday? Is it Saturday? Who knows! So some time this year, and I’ve been on there for at least two months. It took me a long time to actually speak up, because I’m incredibly shy. There’s a fantastic community of authors. And there’s a bunch of magicians and comedians that I talk to as well. They’re hilarious. A friend of mine, she’s a standup comedian, and she was in Clubhouse, and I was a bit mischievous about it, but I followed her into this room, and it was full of magicians and comedians. What better company?

A: It constantly surprises me. I will always be surprised by this kind of aberration. I would have been delighted to sell 5,000 books, and I thought I’d carry on working in telly and doing all that stuff, and, you know, living my life peacefully and what have you, and it’s completely changed my life. Yeah. It’s humbling and staggering, and I still can’t quite believe it.

Q: I also think the series helped erase the stigma that was previously attached to hard-core erotica and proved that it can be massively profitable.

A: Women want to read this kind of stuff, you know? It’s no secret. We all want to fall in love again. If you can do it in a book, it’s a fairly safe place to do it as well. So, I think, you know, anything that’s female-centric is generally scorned, and you kind of get used to that, really, but it’s actually, you know, a billion-dollar industry. I’m flabbergasted, really, by sometimes how dismissive people can be. And then, you see the movies did an amazing business as well, because people want to see a love story that’s got some spicy bits. Now we say spicy. This is the word. Spicy is the word. This is what I’m learning on Clubhouse. Spicy.

Q: What was the previous word?

A: Hot. Sexy. You know. All of those type words. Spicy is good. There’s more going on there with spicy.

Q: The books also had a huge cultural impact, in allowing women to feel like it’s OK to be more sexually adventurous, and open about it.

A: Absolutely. Yeah. Women are shamed. We’re shamed all the time for whatever, you know? That’s life for women. You’re not a good enough mother. You’re not this. You’re not that. You don’t read this or that. It’s exhausting, is what it is. So, yeah. It’s something I feel quite passionately about. Stop shaming us. We’re just getting on with our lives.

Q: Given the extent to which some fans have embraced “Fifty Shades” as not just a story they enjoy, but one that they emulate in some ways, do you see yourself as a lifestyle guru?

This article originally appeared in The New York Times.