When Viktor Zicho left Hungary 11 months ago to cycle to Darjeeling in India, he did not dream that he would be quarantined for two months in Bihar.
Though he has been offered an air ticket back to Hungary, Viktor tells M I Khan he can’t give up on his dream.

His address, since the last 60-odd days, has been bed no 6 in the isolation ward at the government-run Sadar hospital in Chhapra, the district headquarters of Saran, located about 80 km from Bihar’s capital, Patna.

This, says Viktor Zicho, a young Hungarian engineer, is where he has been forcibly quarantined by the Bihar administration.

He is the only occupant of the ward.

A few days ago, on May 24, a desperate Viktor tried to escape, but was caught.

In a phone conversation on May 29, Viktor told this correspondent that the Saran officials have repeatedly offered to arrange a flight ticket to send him back to Hungary.

It is an offer, he says, he cannot accept. 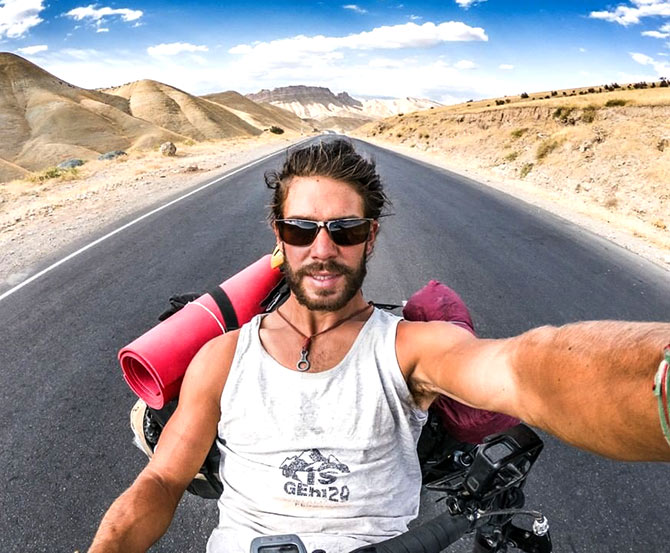 Last year, Viktor embarked on a cycling expedition that followed the footsteps of Sandor (Alexander) Korosi Csoma, the Hungarian philologist and Orientalist who crafted the first Tibetan-English dictionary.

This year marks the 200th anniversary of that extraordinary journey.

And Viktor is adamant that he wants to visit Darjeeling in West Bengal.

“There is no question of leaving India without visiting Darjeeling; it is the main of my expedition. I will not return to Hungary before that,” says Viktor, who is frustrated at not being allowed by the Saran district administration to go ahead with his journey.

Viktor was also advised by the Hungarian embassy in New Delhi to end his cycle expedition and return home in view of the lockdown and the coronavirus pandemic.

“I am so close to Darjeeling. I have pedalled thousands of kilometres to visit it. I cannot imagine going back without doing so,” says Viktor. 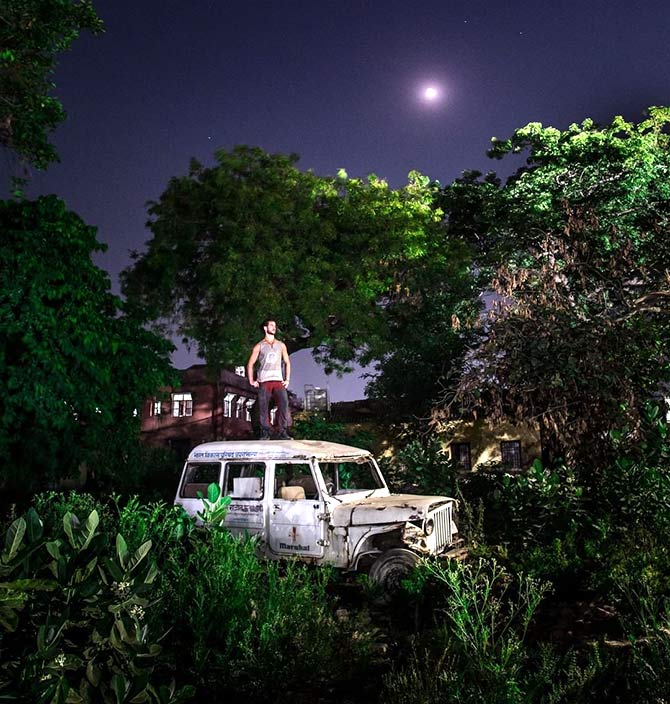 Why is Viktor so keen to visit one of India’s most famous hill stations?

He explains he wants to pay his respects at the tomb of Csoma, who is buried in Darjeeling.

“I have planned to complete my expedition through Korosi Csoma’s route and visit his tomb in Darjeeling to pay my tribute. This is a must for me,” says Viktor, who has called his dream journey the Alexander Csoma Expedition.

In his blog, Viktor says he began his expedition from Komarom in Hungary on July 2, 2019.

He has urged the Indian government to help him by granting special permission so that he can continue on this journey.

“Prime Minister Narendra Modi can help me as I am an atithi (guest). I have been forcefully and wrongly quarantined in an isolation ward despite the fact that I am healthy.”

“I am fed up living alone and my anxiety is growing over not able to go ahead with my expedition.”

Viktor has learnt some Hindi words like “Garam chai (hot tea)”, “Namaste“, “Kya haal chaal (How are you?)” as a result of his interaction with locals during his enforced quarantine. 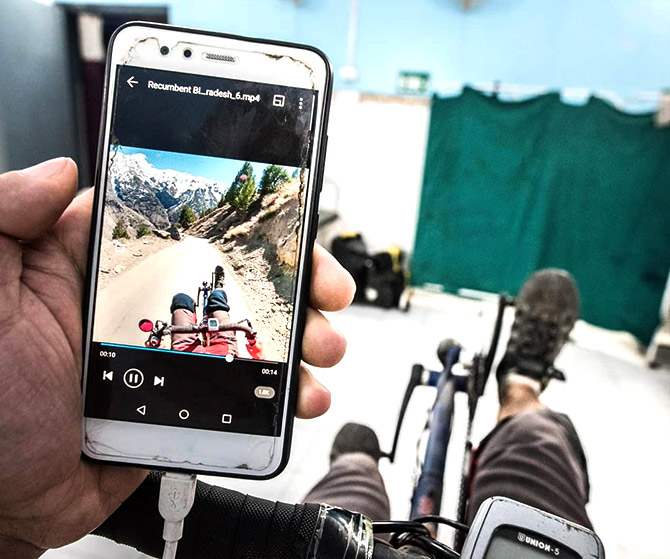 This is not the first time Viktor’s journey has run into a roadblock.

Before he came to India, he was arrested and spent nearly a month in a prison in Pakistan for illegally entering that country.

He was freed after the Hungarian embassy intervened and he entered India, after passing through 11 countries, on February 8.

Viktor’s initial experience in India was good. In an earlier blog post, he says he could cycle here freely.

His problem began with the coronavirus pandemic.

In a blog post, he says, ‘The silly stereotype that Europeans had brought the virus into the country had spread. Because of this, I could not find accommodation, and once they even tossed a mud ball at me.’ 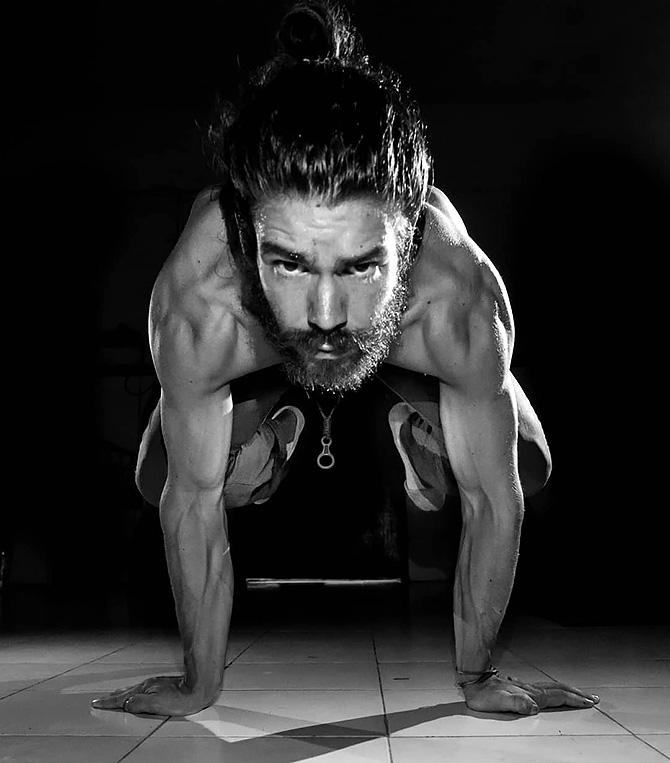 His real challenge began after the lockdown was announced on March 24.

Caught by a group of suspicious local villagers, he was rescued near Rivaliganj in Saran, which he had entered from Uttar Pradesh.

Earlier too, in Varanasi, he encountered some youth who tried to harass him. Later, the police tried to stop him but he managed to proceed.

His woes have not ended at the Sadar hospital.

Viktor’s laptop, clothes, cash and passport were stolen from the table next to his bed in the isolation ward on the night of April 11.

Later, the police recovered these items — including his half-burnt passport — from the thieves. For now, Viktor is keeping himself busy exercising, writing his blog and posting pictures and videos about his day on Instagram.

He spends time with the hospital staff and the local people, who have become his friends over the last two months.

The local administration has now deployed two security men outside the ward after his unsuccessful escape attempt on May 24.

“I am sick of living in a hospital for nearly 60 days. It is really disgusting that a healthy man is being forced to remain in quarantine, in an isolation ward, all alone,” he says, sounding extremely upset.

He is stressed, he says, because the isolation ward feels like a jail. “I am not a free man. I cannot move around. I can’t breathe in the open air.”

“I have tried several times to convince the district authorities to allow me to proceed to Darjeeling, but they have told me the law does not permit for it now.”

“I will wait till they allow me to visit the tomb of Sador Csoma.”

At the same time, he heaps generous praise on the local people, the hospital staff and the policemen.

“I enjoy the many delicacies they bring specially for me to keep me in a good mood.”

Moved by suffering of a foreign national in forced quarantine, Tejashwi Yadav, leader of the Opposition in the Bihar assembly, has demanded Chief Minister Nitish Kumar intervene in the matter.

52 new cases in Salem, 48 of these are indigenous

US formally withdraws from WHO
Celebrity News