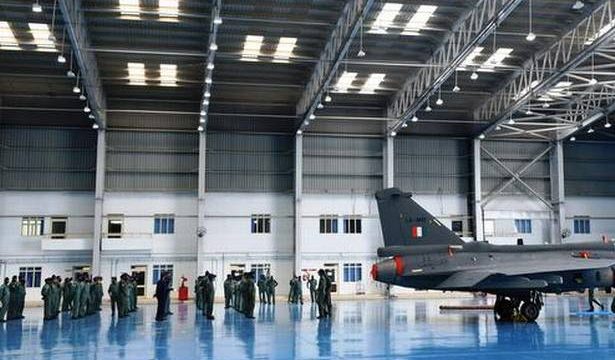 What is the LCA development project? What other fighter jet aircraft programmes are being envisaged?

The story so far: According to the Chief Managing Director of Hindustan Aeronautics Limited (HAL), R Madhavan, HAL expects to deliver all Final Operational Clearance (FOC) variant aircraft to the Indian Air Force (IAF) in 2022 pending some systems from Israel, while the LCA-MK1A is expected to take flight in June this year. There is another 20 to 24 months of testing after which deliveries would begin with manufacturing activities going parallel to the testing.

The Light Combat Aircraft (LCA)-Tejas was conceptualised in the year 1984. Since the first flight of the LCA technology demonstrator in January 2001, the indigenous single engine 4.5 generation multi-role fighter jet christened as ‘Tejas’ by then Prime Minister Atal Bihari Vajpayee in May 2003, has come a long way both in terms of the maturity of the platform as well as the overall aircraft development programme despite repeated delays and cost overuns. In all, 123 LCA aircraft of various configurations are on order so far.

What is the status of the LCA programme?

Two decades since the first flight, in February 2021, the Defence Ministry signed a ₹48,000 crore deal with HAL to supply 83 LCA-Mk1A to the IAF. This includes 73 LCA Tejas Mk-1A fighter aircraft and 10 LCA Mk-1 trainer aircraft at the cost of ₹45,696 crore along with design and development of infrastructure sanctions worth ₹1,202 crore.

The MK-1A will have over 40 modifications over the MK1 variant including some major ones like a new Electronic Warfare system, Advanced Electronically Scanning Array (AESA) radar, Beyond Visual Range (BVR) missiles and network warfare system including Software Defined Radio (SDR).

LCA achieved Initial Operation Clearance (IOC) in December 2013 and FOC in February 2019. The IAF had earlier signed two contracts with HAL, for 20 IOC configuration aircraft including four IOC trainers on March 31, 2006 and for 20 FOC configuration aircraft including four FOC trainers on December 23, 2010. Both the deliveries have been delayed due to delays in the certification process.

The first IOC fighter aircraft was delivered in 2016 and the first LCA squadron No. 45 “Flying Daggers” in the IAF was formed in July 2016 with two aircraft. The first squadron is now complete and the second LCA squadron No. 18 ‘Flying Bullets’ was operationalised in May 2020.

What is the cost of the LCA development programme?

The objectives of Phase-II are fabrication of three Prototype Vehicles (PVs), establishment of production facility at HAL for production of eight aircraft per year and manufacturing and delivery of eight Limited Series Production (LSP) aircraft.

On the overall project cost, the Government informed Parliament in March 2020 that a total of ₹11,096 crore has been spent till date on the indigenous LCA and the Kaveri jet engine (now shelved) development programmes. Of the total amount, ₹9,063.96 crore was spent on LCA and ₹2,032 crore on the Kaveri Engine.

What is the way forward?

As per the contract, HAL has to deliver the first three MK1A aircraft to IAF in 2024 followed by 16 aircraft per year for the next five years, according to the Defence Ministry. To ramp up production, HAL has already set up two additional assembly lines which are operational. Some back end activities are also being finished at the moment, according to HAL.

The indigenous content in LCA is currently about 52% and HAL said it is looking at ways to increase it to 65%.

In addition, the LCA-MK2, a larger aircraft with a more capable engine is expected to roll out by year end or early 2023 following which it would take a year for its first flight. The LCA-MK2 brings significant capability enhancement to the LCA programme featuring new technologies, ability to carry heavy stand off weapons like Scalp, Crystal Maze and Spice-2000. It can also carry significantly higher payload, 6,500kg compared to 3,500kg by the LCA.

An ambitious fifth generation fighter aircraft Advanced Medium Combat Aircraft (AMCA), and a new Twin Engine Deck Based Fighter (TEDBF) to operate from the Navy’s aircraft carriers are being developed by the Defence Research and Development Organisation (DRDO) and Aeronautical Development Agency (ADA).

The AMCA is envisaged as a 25 tonne aircraft with internal carriage of 1,500kg of payload and 5,500kg external payload with 6,500kg of internal fuel with the roll out planned in 2024 and first flight planned in 2025, according to ADA officials.

The TEDBF is being designed based on lessons learnt from the Naval LCA programme and the first flight is planned in 2026. In addition to supplying to the IAF, HAL is aggressively pitching its helicopters and Tejas to countries in South East Asia and West Asia and LCA is in the contest in Malaysia. Stating that the price is competitive, Mr. Madhavan had earlier stated that each LCA MK1A jet would cost ₹309 crore.