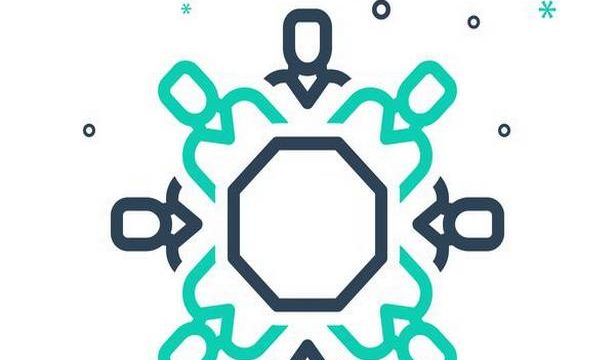 The national compact has to be reimagined so that post 2026, the most successful States are not punished politically

The essence of the Union

As Article 1 of the Indian Constitution says, India is a Union of States. The choice of words is deliberate: it is the several States that, together, make up the Indian Union. Admittedly, unlike in other federations, there is no separate State citizenship or State Constitutions. However, one need only study the history that led up to the linguistic reorganisation of States in 1956, and to subsequent movements for Statehood afterwards, to understand that States are distinct associative communities, within the federal structure of the Indian Union. Indeed, in a polity as plural as ours – linguistically, culturally, and ethnically – it could not be any other way.

In order to assuage this legitimate fear, federal democracies have incorporated into their governing structures various kinds of compromises to ensure a balance between democratic principles and federal ones.

For example, when the Americans adopted their Constitution, they protected smaller States in four ways. First, national powers over the States were limited. Second, each State regardless of size had two seats in the Senate, giving smaller States an outsized role in national governance. Third, Presidents are elected by electoral votes, which means they must win States rather than the total national population. Fourth, and deplorably, the slave-owning States which did not confer citizenship on slaves were allowed to count the slaves for purposes of representation, with each slave being counted as three-fifths of a person.

This essential structure remains the bedrock of the American Constitution today, though the Americans have rid themselves of slavery (fortunately) and have dramatically increased the scope of federal intervention. This federal structure has led to the severing of causational links between the national vote and presidential elections. Presidents George W. Bush and Donald Trump won without winning the popular vote.

The current movement to remove the power of a minority to filibuster legislation is based on democratic principles seeking to mitigate the pathology of excessive federalism: indeed, the American structures of government go so far in the other direction, that they have been accused of essentially facilitating and entrenching minority rule through the Senate, which favours rural, sparsely populated States that are also predominantly white.

Other federations (Switzerland and Belgium come to mind) have adopted other — less extreme — forms of reconciliation. However, India’s quasi-federal structure has always been sui generis. Our founders knew that India’s diversity made federalism inevitable, but, fearing fissiparous tendencies among States that had never been a single political unit, they also created a strong centre. While history has been chequered, the fears for Indian national unity simply on the basis of giving States greater powers have proven to be unfounded — and if at all, it has been the other way. The 1956 reorganisation of States on linguistic lines was a popular recognition of federal principles and yet did not result in separatist tendencies. Since then, new States within the Union have been created in response to the demands of people for greater autonomy.

In India, any clash between federal principles and democracy will inevitably also have linguistic, religious and cultural implications and may result in new forms of sub-regional chauvinism. Thus, there is an urgent need to reimagine our national compact — another freeze will only kick this thorny issue down the road and will continue to perpetuate an increasingly undemocratic set up.

We have the components of such a new balance that need to be fine-tuned to Indian realities. First, the powers of States vis-à-vis the Centre contained in the Lists and in the provisions dealing with altering boundaries of States must be increased to assuage the fear of smaller States that they will be dominated by bigger ones. There is no reason to believe that empowering our States would cause national disintegration. On the contrary, more localised decision-making is bound to increase national prosperity. Indeed, this was the entire goal of the creation of Panchayat governance through the 73rd and 74th Amendments to the Constitution, whose promise remains — unfortunately — unrealised.

Second, the role and composition of the Rajya Sabha, our House of States, must be expanded. This would allow smaller States a kind of brake over national majoritarian politics that adversely impact them.

Third, constitutional change and the change in financial redistribution between the States must require the consent of all or nearly all States (the fate of the Goods and Services Tax, or GST, serves as a salutary warning in this regard). Constitutional provisions dealing with language and religion must also be inviolate. If India is a joint venture between majority and minority shareholders, the minority must be protected by a comprehensive list of “consensus items” that require unanimity — or at least, a super-majority — and not simple majority.

Fourth, serious thought must be given to breaking up the biggest States into smaller units that will not by themselves dominate the national conversation.

The unity of India is, of course, the fundamental premise underlying this discussion; but this unity does not depend on an overbearing Centre for its survival. National bonds of affection and patriotism will not be severed by devolution of powers though they will be at least severely strained when one part of the country is empowered over another. Lampedusa’s Il Gattopardo contains the memorable quote, Everything must change for everything to remain the same. This includes the question of how we are to balance the competing claims of democracy and federalism, in the years to come.

Rahul Narayan is Advocate on Record, Supreme Court of India. Gautam Bhatia is a Delhi-based lawyer