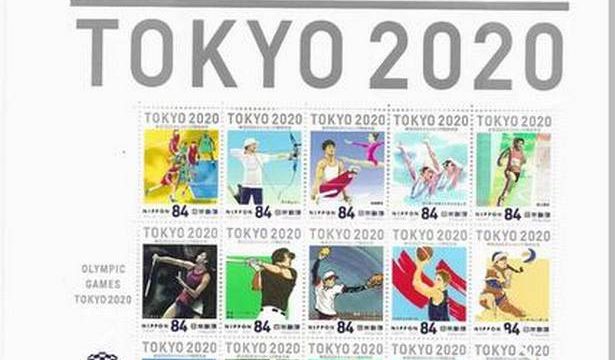 Did you know that Greece issued a set of 12 stamps when the first Modern Olympics was held at Athens, in 1896? The first-ever sports and Olympic stamps realised 400,000 drachmas (₹10,3923) to fund the games.

In India, the current Games is being celebrated with a virtual philatelic exhibition, Olymphila India 2021, which opened on July 23. Jagannath Mani, is a senior philatelist and coordinator of the event. “We have been organising philatelic exhibitions purely for the love and the spirit of Olympics and philately. This time we had to organise a virtual one.”

Olymphila India 2021 has a fascinating display of 123- Multi and Single frames and 12 single page entries from 85 participants in the age group of 10 to 85. Together they showcase ‘A Philatelic Journey through Modern Olympics’. Mani’s exhibit, The Image of Summer Olympics, displays 1,000 stamps that include the 1896 Olympics stamps. Mani, who participated in the The Olympex Expo, Beijing, 2008 and is a member of the French Association of Olympic and Sports Collectors (AFCOS), Paris Philately Association, says, “This time only 35 countries have issued stamps on Olympics. India, which always did so in the past, has not brought out any stamps related to the event so far.”

Mani’s interest in stamps was sparked when, as a seven-year-old, he received a set of Olympic related stamps as a birthday gift. Today, he has a collection of over 20,000 stamps and a passion that drives him to organise such exhibitions.

M.R Ramesh Kumar, President of the Goa Philately and Numismatics Society, says his exhibit relates to the period from 1956 to 2016. “I have tried to include many stamps, miniature sheets, special covers, commemorative covers, first day covers, se-tenant stamps, and sheetlets from 1960 in chronological order of the Olympic games.”

His display is replete with interesting trivia such as a 1984 Los Angeles Olympic stamp, released by India. It was carried to Antarctica as part of the fourth scientific expedition to Antarctica in 1984-85. “It has the Section Gangothri cancellation. Gangothri was the first Indian scientific station there,” says Ramesh.

The exhibition generates conversation around interesting facts such as how broadcasting worldwide on television and Judo were first introduced in the 1964 Tokyo Olympics. This time the Tokyo Olympics was delayed by a year due to the raging COVID-19 pandemic. Ramesh started collecting Olympic stamps when he was quite young. He was drawn to Hungarian (Magayar Posta) stamps on Olympics. “They were unusual, in different shapes such as triangle and diamond. These attracted me as a child.” He also got several Olympic stamps in exchange from friends and purchased some from Philately dealers and online traders such as Amazon and eBay etc.

Pratik Bhandare, a class X1 student, has exhibited ‘Citius, Altius, Fortius’ (Faster, Higher, Stronger) in a single frame of 16 A4 size sheets. Delhi-based Jacquiline Singh’s An Olympic Journey, showcases the history of the Summer and Winter Games and India’s achievements.

Jacquiline, who finds the virtual platform a great facilitator in connecting with philatelists during the pandemic, says that her one-frame exhibit also has a US aerogramme on the 1980 Olympics, bookmark launched by India Post in 1992 on hockey, and a dedicated page on women in Olympics. “In ancient times, women were not allowed to even watch the Games, leave alone participate. Later, unmarried women or owners of horses could watch the event. Now women participants are more than men in some countries,” says Jacquiline, who still finds there are very few women philatelists. Besides Olympic stamps, Jacquline also collects stamps on world leaders and textiles.

IT executive Aditya Asthana, who put together the website, says the response to the exhibition has been tremendous. “The good part was that many children responded and are exhibiting. Even if these are elementary one-page exhibits, it is a welcome sign that philately is being taken up by the younger generation,” says Aditya who collects 19th century Victorian letters.

Other interesting displays are Chandrajit Ghose’s 2020 Olympic Games postage stamps from host country , Japan; Dinesh Chandra Sharma’s entry of the Olympic rings being used, for the first time, as a post mark in 1925, and Rajesh Verma’s vignette of the first Congress of IOC (International Olympic Committee) in 1894.

“This event is dedicated to my mentor and veteran philatelist, the late T.N. Prahlada Rao,” says Mani who has been organising thematic philately exhibitions in Bengaluru since 2012.

The exhibition, which can be viewed at www. Olymphila.com, will close on August 5.