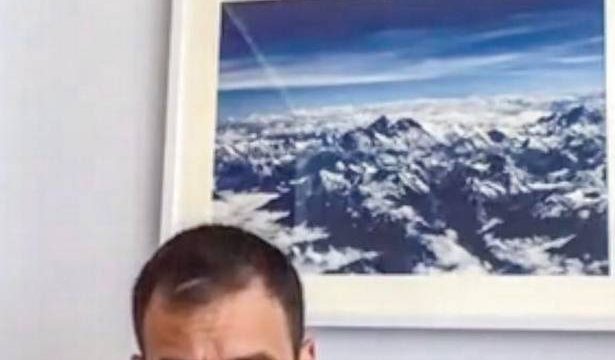 Fearless leaders outside Congress need to come into it, he says.

Fearless leaders outside the Congress need to come into it, while those within who get scared are free to leave and join the Rashtriya Swayamsevak Sangh (RSS), former Congress president Rahul Gandhi has said.

He made these remarks while addressing the party’s social media workers in an interactive session on Zoom on Friday.

“There are many people who are not scared, but are outside the Congress. All these people are ours. Bring them in, and those scared within our party should be shunted out. They can go to RSS people, let them enjoy. We do not want them, they are not needed. We want fearless people. This is our ideology. This is my basic message to you,” he said.

News agency, PTI, quoted Mr. Gandhi as citing the example of Civil Aviation Minister Jyotiraditya Scindia as “someone who got scared”.

“He had to save his house and he got scared and he joined the RSS,” PTI quoted Mr. Gandhi as saying about Mr. Scindia.

“When Mr. Modi [Prime Minister Narendra Modi] says the Uttar Pradesh government did a great job during coronavirus or that the Chinese are not inside Indian territory, people are laughing,” he stated in response to a question.

Mr. Gandhi’s comments are significant as several leaders have left the party besides Mr. Scindia. They include the recent departure of Jitin Prasada, Maharashtra leaders Narayan Rane, Radhakrishna Vikhe Patil, Tamil Nadu’s Khushboo Sundar among others.

And most stated “weak leadership and a sense of drift” in the Congress as the reason for leaving the party.

Giving a pep talk, Mr. Gandhi told the social media volunteers that they should stand with the truth and not be scared. “You should not be scared and you will never see me being afraid,” he remarked. While the Congress wanted equal rights for all, the RSS wanted to benefit only a few, he alleged.