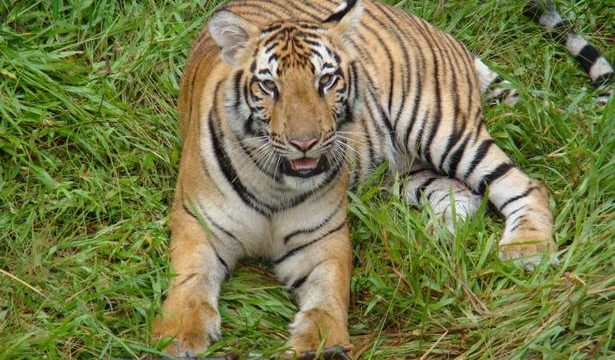 A male tiger at Pilikula Biological Park near Mangaluru died on January 4.

According to park Director H. Jayaprakash Bhandary, the tiger, named Oliver, was nine years old and weighed 175 kg. “He was healthy and active till today morning. But the big cat suddenly collapsed and died around 11.45 a.m. Though the veterinary doctors at the park tried their best to revive him, they could not save him,” he told The Hindu.

The caretaker of the tiger shifted Oliver to the adjoining enclosure while cleaning its enclosure. After cleaning, the animal returned to its enclosure, and collapsed. The caretaker said that Oliver was gasping for breath.

Three veterinary doctors, who conducted the post-mortem, suspect that the animal could have suffered cardiac arrest.

Oliver had been born in the zoo to tigers named Shambhavi and Vikrama. At present, the zoo has 12 tigers.

Disinfectant was sprayed in the enclosures of other animals and birds in the zoo as a precautionary measure to prevent the spread of diseases, if any, Mr. Bhandary said.