The GDP data for July-September will be released later today by the National Statistical Office. Here's what to expect, and why the numbers are important. 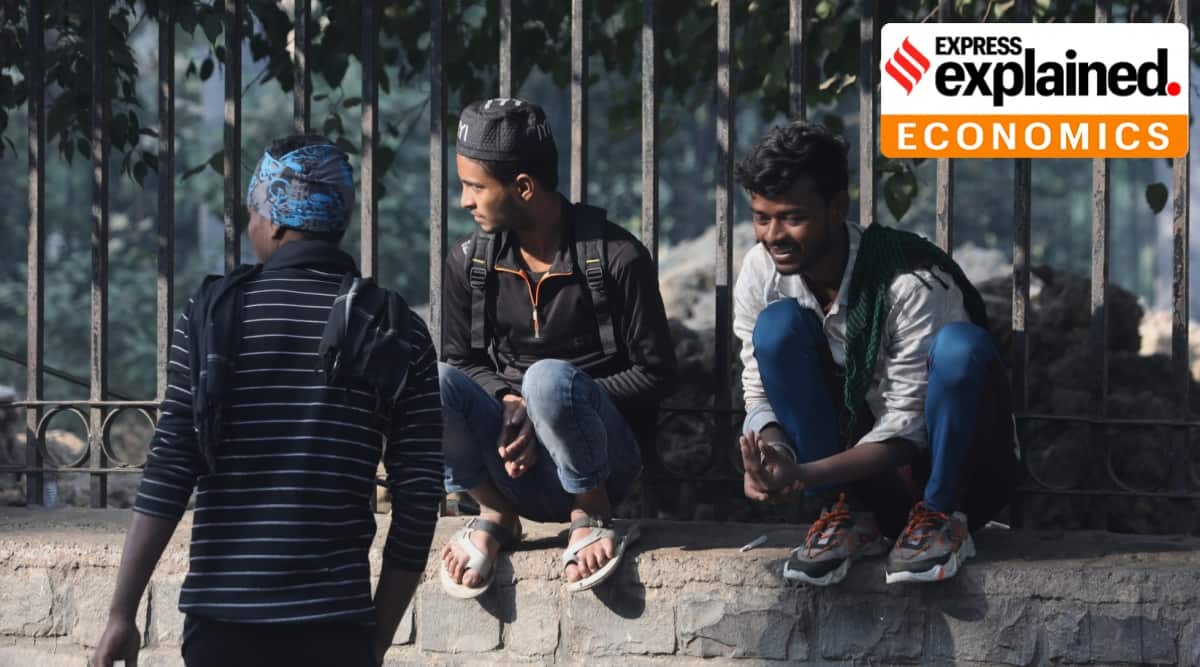 A pickup in demand, improved vaccination rate for Covid-19 and a low base effect are likely to have aided an uptick in the growth rate for the second quarter this year. The Indian economy is likely to have grown between 6.5-9.9 per cent in July-September, the estimates pegged by various economists have shown. The GDP data for July-September will be released later today by the National Statistical Office.

Why are the numbers important?

Four broad reasons: it captures a phase that sits in between a sharp recovery after the second Covid-19 wave battered growth earlier in the year and the news of the new variant, which bring with it fresh uncertainties. Second, it might offer an indication of how broad-based the recovery has been. And third, it would offer some guidance on what most analysts cite as a positive during the quarter — higher government spending in September and the boost from the reopening gains amplified by festive spending. And the low base effect that has helped GDP numbers to rise in the first two quarters will see the impact wane off going ahead.

“In the quarter, the boost from reopening gains was amplified by the festive tailwinds, which reflected in less downbeat consumer sentiments, notable improvement in discretionary mobility trends as well as an easing unemployment rate. High inflation would have, nonetheless, weighed on real income growth, particularly at a time when restoration in purchasing power since the second wave is still to near completion,” Radhika Rao, Senior Economist, DBS Bank said. DBS Bank has projected a growth rate of 8 per cent.

What do the high frequency indicators suggest?

Economists say that all high-frequency indicators such as industrial production, vehicle sales, exports, port cargo traffic, rail freight traffic, and goods and service tax (GST) e-way bills point to the economy growing faster in the second quarter. SBI, which has projected 8.1 per cent growth in Q2, in its report stated that the reason for the upward revision in GDP is that India recorded only 11 per cent increase in Covid cases during Q3 2021, second lowest among top 15 most affected countries, and the increase in cases has declined to 2.3 per cent in Nov’21 over Sep’21.

A fragile recovery, which is K-shaped, amid high global commodity prices and a new Covid variant and logistic bottlenecks such as semiconductor shortages are likely to weigh on the GDP growth. “India’s economy bounced back strongly in Q3 2021, led by a bigger rebound in services…shortages and logistic bottlenecks are impacting manufacturing performance. Semiconductor shortages have hit output, especially in sectors such as auto and ancillaries, while freight charges and supplier delivery times remain elevated,” Rahul Bajoria, Chief India Economist, Barclays India said. Barclays has projected a growth rate of 9.6 per cent in July-September.

Also, the low base effect has helped GDP numbers to rise in the first two quarters but the impact will wane off going ahead. India Ratings, which has projected a growth rate of 8.3 per cent in Q2, said that these “growth numbers should be interpreted with caution”. “Since H1FY22 growth was mainly due to the lower base of H1FY21, economic growth is expected to revert closer to the medium/long trend growth H2FY22 onwards. However, recent reforms measures such as production-linked incentive scheme in combination with sustained exports growth may provide fillip to the ongoing growth recovery,” Sunil Kumar Sinha, Principal Economist, India Ratings said.