SC had expressed concern over gatherings in pandemic, said health of citizens and their right to life is paramount 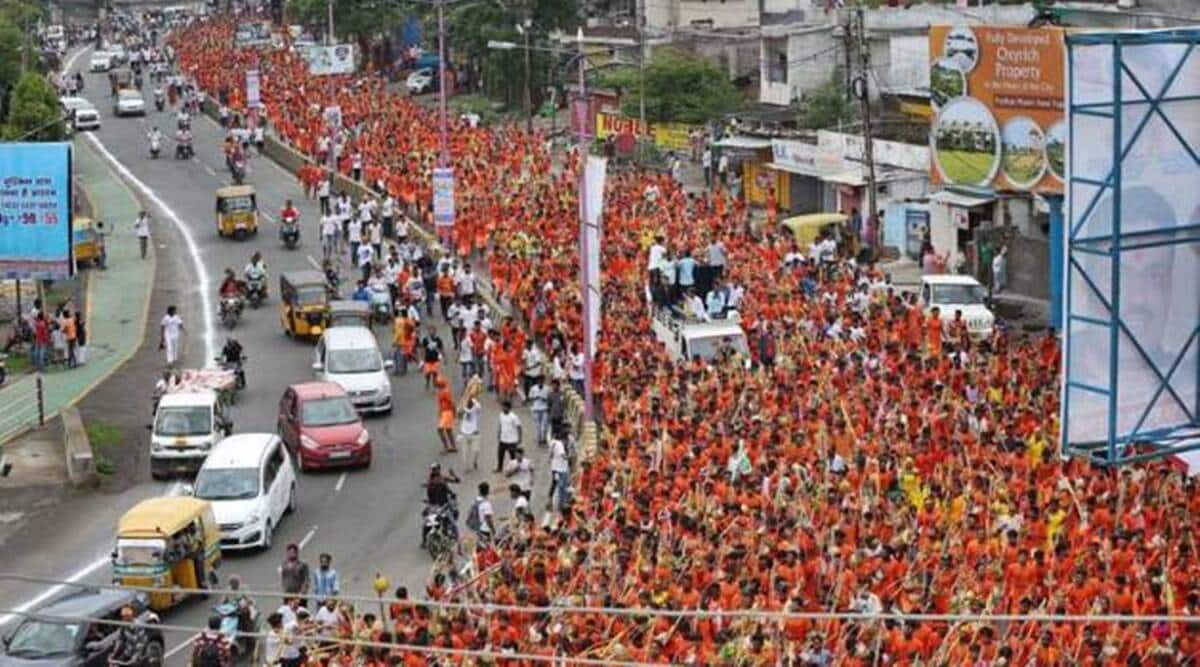 A day after it was asked by the Supreme Court to reconsider its decision to allow even a symbolic Kanwar Yatra during the Covid-19 pandemic, the Uttar Pradesh government said the Yatra, scheduled to start July 25, had been cancelled following its appeal to Kanwar associations.

The Supreme Court was to hear the matter next on July 19.

UP Additional Chief Secretary (Information) Navneet Sehgal said on Saturday night that following the suo motu cognisance of the matter by the Supreme Court, the state government made an appeal to Kanwar associations in the state and they all agreed to call off the Yatra this year as well — a similar appeal last year, after the outbreak of the pandemic, had led to the cancellation of the Yatra.

Additional Chief Secretary (Home) Awanish Kumar Awasthi too said: “All the Kanwar associations across the state have unanimously made this decision to call off the Yatra.” On Friday, the Supreme Court bench of Justices R F Nariman and B R Gavai, which had taken suo motu cognisance of a report in The Indian Express on UP’s decision to allow the Kanwar Yatra, asked the state to reconsider, saying “the health of the citizenry of India and their right to ‘life’ are paramount,” and “all other sentiments, albeit religious, are subservient to this most basic fundamental right”.

The bench was told by Senior Advocate C S Vaidyanathan, who appeared for the UP government, that the state would hold only a “symbolic physical” Kanwar Yatra keeping religious sentiments in mind.

Justice Nariman, however, told Vaidyanathan: “State of UP cannot go ahead with it 100 per cent… Either we pass the orders directly or give you one more opportunity to reconsider holding the yatra physically. The pandemic affects all of us. We are all citizens of India. This suo motu case is taken because Article 21 applies to all of us. It is to safeguard all of us.”

Vaidyanathan said he would apprise state authorities of the court’s suggestion and file an affidavit.

Replying to the court notice in the matter, the Centre said that the states, instead of allowing the Yatra, must make arrangements to supply Gangajal to devotees at designated locations.

“So far as the subject matter of the present proceedings i.e. ‘Kanwar Yatra’ is concerned, the State Governments must not permit movement of ‘Kanwariyas’ for bringing ‘Gangajal’ from Haridwar to the Shiv temples of their choice. However, considering the age-old customs and religious sentiments attached, the State Governments must develop a system to make holy ‘Gangajal’ available through tankers which should be available at an identified/designated locations so that nearby devotees can collect such ‘Gangajal’ and do ‘Abhishek’ upon their nearest Shiv temples,” it said.